While half of India population consists of women, but as per UNDP’s Gender Inequality Index (GII):

These disturbing figures point towards the poor living conditions of the Indian women. And among them, the condition of urban poor women is even more deplorable than rural counterparts because :….. <BODY LISTICLE> 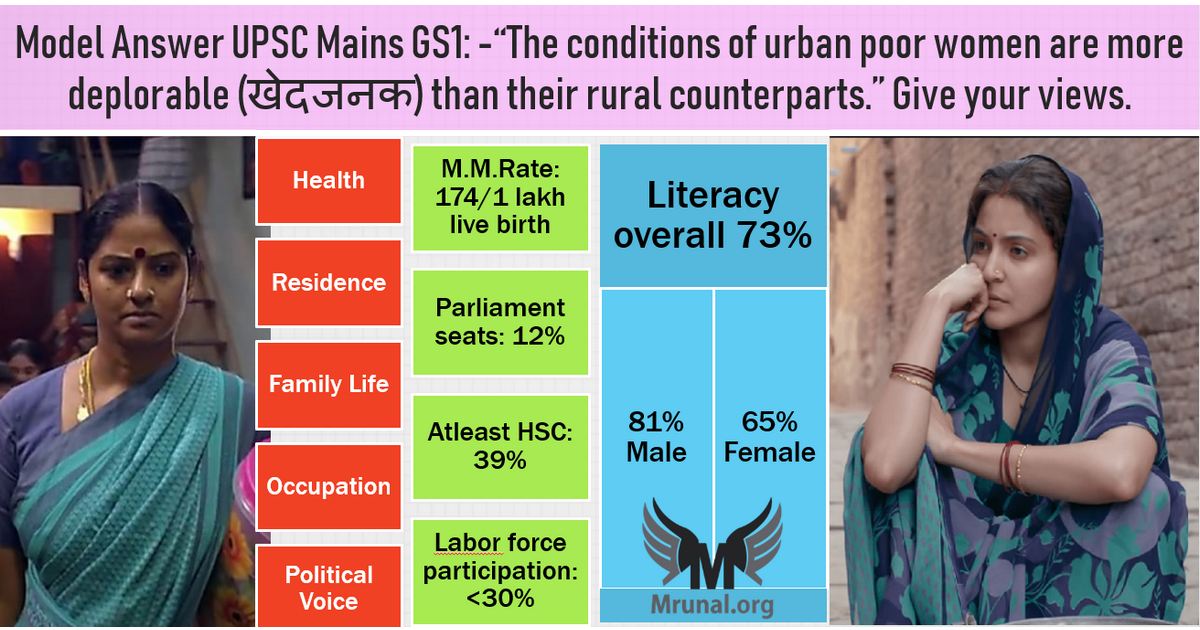 You may elaborate above statement in following way:

The directive word was “EXAMINE”. And the statement was ‘COMPARAITIVE”. So you conclusion should be: Yes urban > rural. OR No, urban < rural.

Mistakes & Errors in the Answer