45 days Before CSAT: a Few words on revision & the Economic Survey

Finance ministry has uploaded the Economic Survey for year 2013-14 in both English and Hindi.  My summary articles on them coming soon.

Do I need to prepare this new survey?

after all, examiner may have framed the question paper already!?
Ans.

Should I prepare Modi Budget or Interim budget?

Why am I not uploading Hindu Sci-tech compilations?

like I said, first observe answerkeys of previous CSAT,CAPF,CDS. It’ll help you gauge, which direction your preparation has gone, and which direction is UPSC asking. Then revise books, notes accordingly.

Don’t suffer from any inferiority complex about being a non-English medium non-engineer.
Don’t suffer from any inferiority complex after looking at profiles of whatever 10-12 topper-interviews that I’ve uploaded so far. Sample size too small to make generalization and even if such generalizations were true, still all you need is just ONE Topper SEAT.

You have to have faith in yourself.

More can be written about high/medium priority topics but it depends on how much stuff you’ve already covered and was it aligned with UPSC’s trend for 2013-14’s CSAT, CAPF and CDS exams? There are no readymade answers for this. Therefore, I again recommend you to refer those answerkeys and fine tune your revision plan, for the remaining days accordingly. 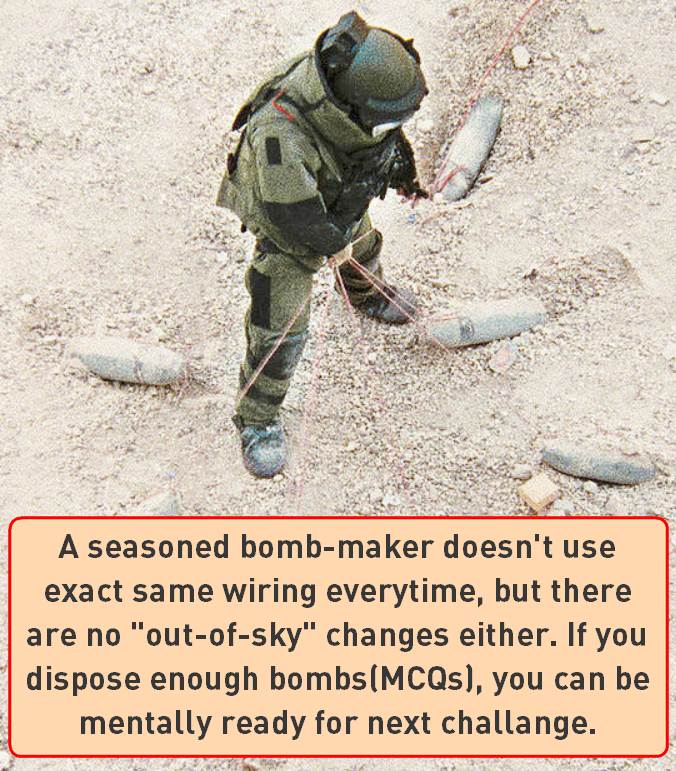 Of course, UPSC is not legally bound to follow the same “trend” from past papers, but usually there are no 360 degree turns. (E.g. asking no environment question and focusing only current affairs based on dates, names and numbers).

What to read “Exactly”?

(This tip is not specifically for economic survey- but overall GS).

Nowadays, in most MCQs, they give 2-3-4 statements and you’ve to identify the correct or incorrect statements. So, whenever you read a topic, focus on following areas:

Observe the previous papers and next time you read anything in any books/newspaper, ask yourself “can I twist this statement /fact to ask a UPSC type MCQ? if not, then ignore that much content and move forward.

This is the reason why you should read Hindu/Indian express till morning of the exam. Because second para may still contain some useful theory points EVEN IF Examiner has framed question paper five weeks ago.

Don’t be a “Gujarati”, if you want to succeed

Meaning, Gujarati people are enthusiastic only in the beginning, for any project. (MINUS a few exceptions like Gandhi vs British and Modi vs Congress party).