To learn more about Finance Commission vs Planning commission, you may watch my old lecture video on 14th FC. 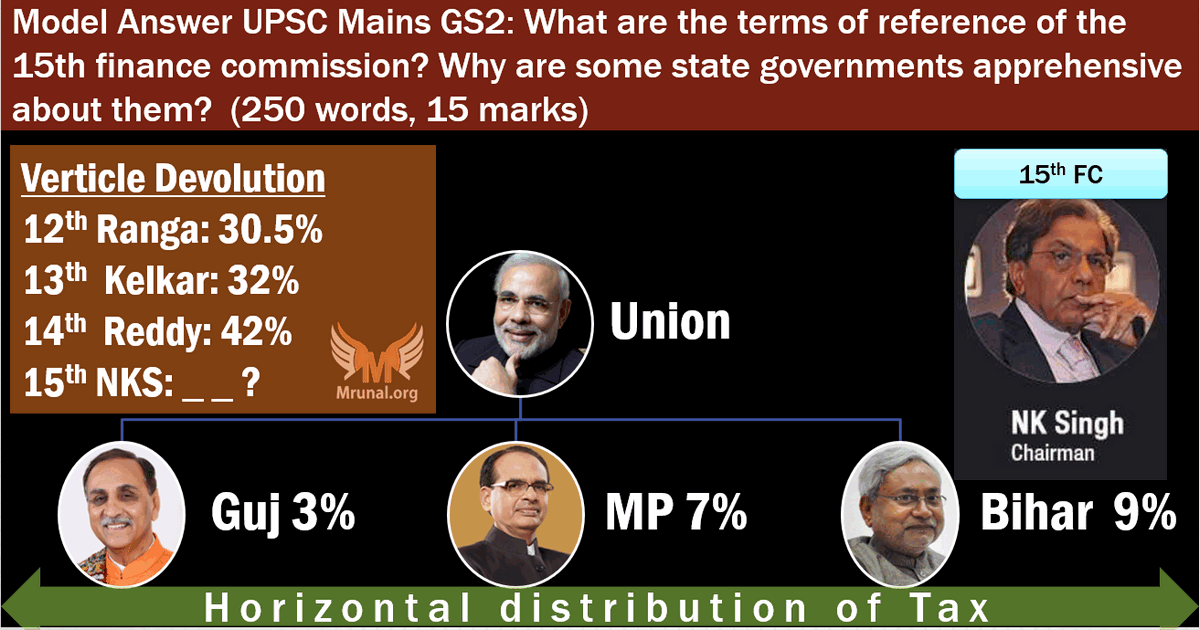 Under 15th FC TOR, commission will recommend performance-based incentives to the states depending on following parameters (list not exhaustive)