Introduction (Origin of Why Assam Accord)

Citizenship act 1955 will be amended to implement following:

In real exam, no need to mention exact years and dates, just that ‘depending on the entry and year of residence, people will be either given citizenship or will be expelled.’

Body#2: What is NRC, How it is connected with Assam Accord?

No need to remember dates for descriptive exam. 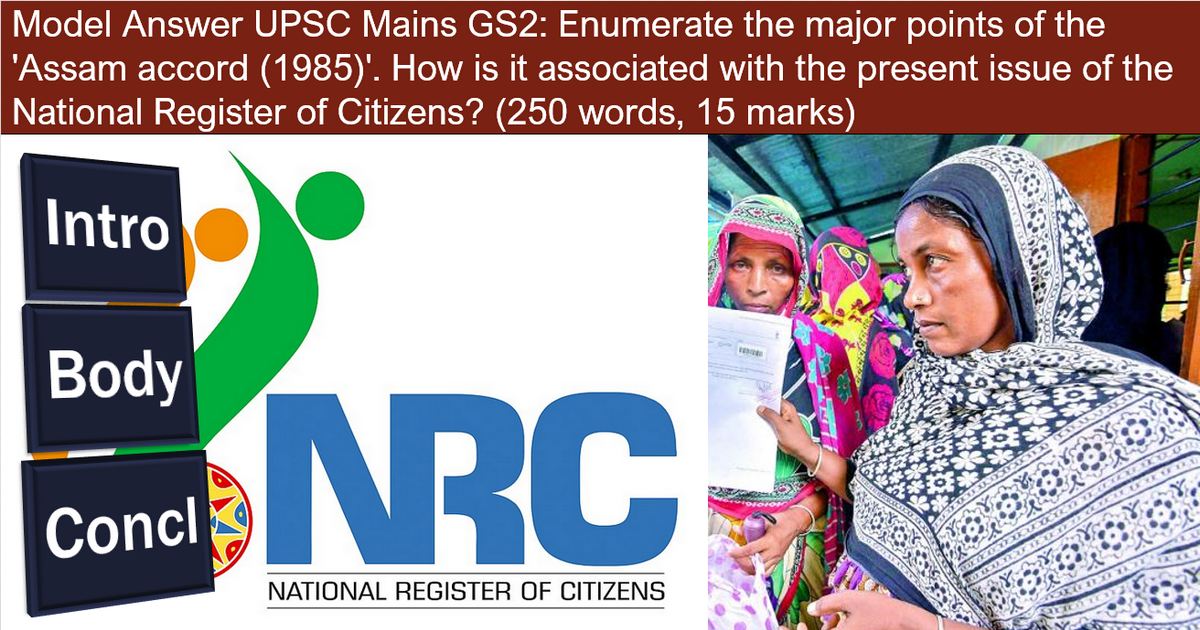 In the “Conclusion“, don’t give long list of suggestions / “way forward” about what should be done with illegal immigrants. Because that’s not asked in the question