Mali is a landlocked country in West Africa, Earlier it was a French colony. Mali gained independence in 1960.
Players in this crisis?

Who are the Tuareg?

What is their problem?

So Tuareg people had been rebelling against the “South” since a long time.

So far you know that

Although some experts believe France is playing “big brother” only to get its hands on Gold and Oil reserves of Mali. (similar to USA in Iraq)

Back to Northern Mali 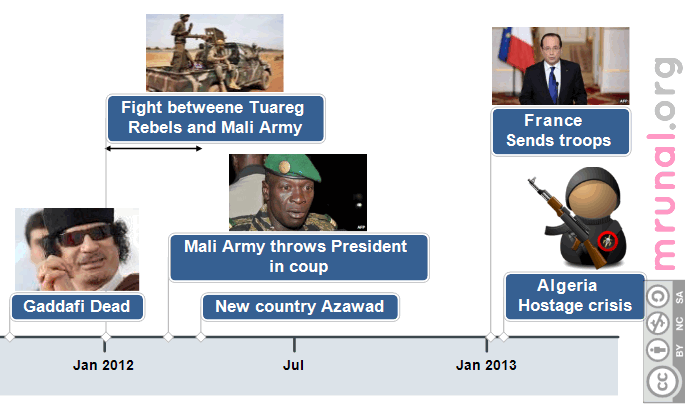