This article only deals with General Awareness part. The approach to Maths, English and reasoning, covered in separate articles.

Notification for SSC-Combined Graduate Level exam was released on 19th Jan 2013.  Click ME to read it
SSC-CGL exam is made up of three stages: Tier 1, 2 and 3.

Those who qualify in the Tier-I, have to appear for Tier-II. But unlike the UPSC mains, the SSC tier-II doesn’t have descriptive paper. You just have to face Multichoie Questions (MCQ).

Those who qualify in Tier II (Mains), are called up for third stage (Tier III)

candidates qualifying in Tier-II of the Examination, will be subjected to a short descriptive paper of not more than one hour’s duration, with questions drawn from

Anyways, let’s start. The studyplan is divided into four articles.

First of all, throw away Manorama Yearbook from your study-desk. That book doesn’t have much use for competitive exams. 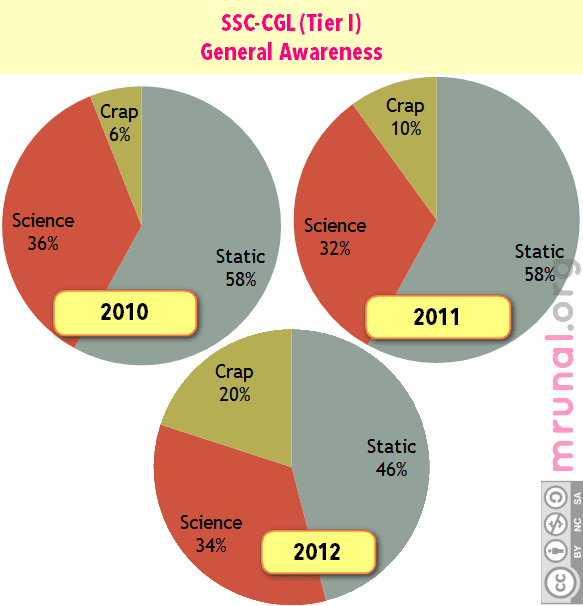 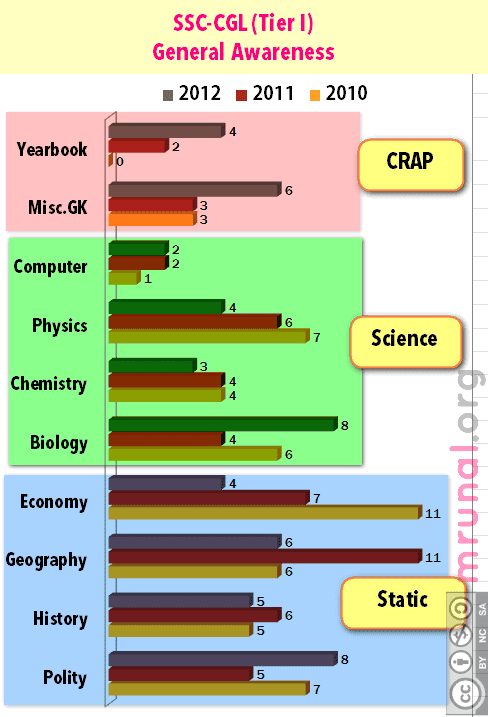 Finally Lucent to fill up any missing details, such as names of multipurpose river valley projects. But here again, don’t waste time with numbers.

This concludes reading sources for “Static.” Moving to the next important portion for SSC-General Awareness.

Based on SSC-CGL Tier I conducted in July 2012.

So, Duration of Current affairs for SSC-CGL, is last one calendar year. (i.e. if you’re preparing for 2013, then prepare major events starting from Jan 2012.)

Why should you practice old papers?

If it doesn’t work visit (or you want Hindi version): http://www.ncert.nic.in/ncerts/textbook/textbook.htm