What is Trophic Level?

Why is Food web important?

Energy Flow in the Ecosystem 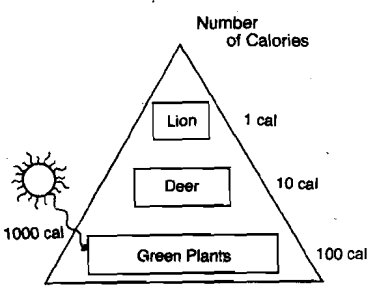 Entry of DDT and other pesticides, damages this smooth cycle of nutrient movement. Let’s check how:

Btw, what’s the difference between

This article is based on the first four chapter of IGNOU’s Certificate course in Environmental Studies: Click me to download (Size 30MB)
You already have NIOS material on EnB. This IGNOU set has lot of overlapping with its coverage, but still a good read nonetheless.

Q4. Which among the following is/are example(s) of bio magnification?

Q5. An ecosystem would collapse:

Q6. The usable energy decreases as we move up in the food chain. Which among the following explains this phenomenon?

Q7. When an ecosystem has reached its carrying capacity It means.

Q8. Which among the following is/are example(s) of commensalism?

Q10. If one species benefits by harming another species. It may be