But before getting into LCM, HCF, let’s understand

What is Prime number?

Now hold this prime number thought in your mind for a while.

In the exam, we’ve no time to make such ^big tables to find LCM. So how to quickly find LCM of two or three numbers? There are many tricks, the easiest one is prime-factorization. We’ll learn that in a bit, but before that:

How to find LCM using Prime-Factorization?

Suppose in the exam, we need to find LCM of 4 and 6.
Make a table like this

Now you need to find the prime factors of 4 and 6.

Now write all prime numbers in this “LCM row”

As you can see, maximum power of 2 was 22 (in 4’s row).
Now multiple the numbers given in LCM row 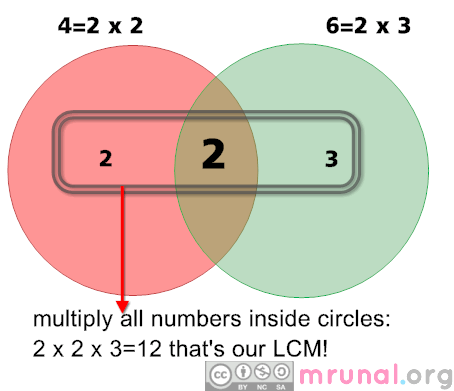 In the last row, Write the maximum power of those prime numbers.

So 60 is the least common multiple.

Find LCM of 7,11,13
We already know these are prime numbers. So they’ll not have any common factors. We just have to multiply them together and we’ll get LCM. But for the sake of conceptual clarity

Advantages of this method?

Ok so far we know what is LCM and how to find HCF/GCD?

What is HCF or GCD?

What does ^this mean?

In the exam, we can’t make multiplication tables of every number preceding the given numbers! So here is the shortcut technique. We’ll use the same approach we’ve used in LCM method: prime factorization.

Now, make third row: HCF and write the prime numbers that are common in both numbers. 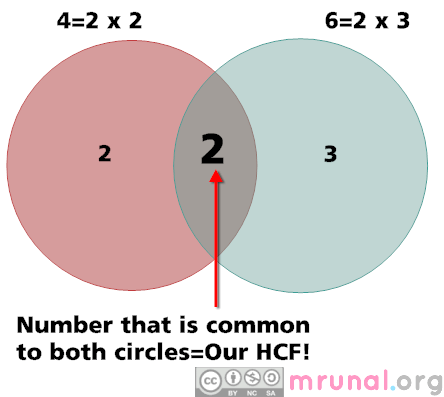 But I want them in prime format. So I’ll further simplify.

In the exam you’ve to do this in your ^head.

Now make a new row, write the prime numbers that are common in all of above.

^in case you’re confused, let me rewrite and do it again

The numbers highlighted in bold are common. Therefore HCF = 22 x 3=12.

Prime numbers donot have any common factors. So HCF of such numbers is always 1. But for the clarity let’s do it

If we’ve two numbers a and b. and their HCF and LCM are given then
HCF x LCM = a x b.
But this relation only work for TWO numbers and not for more than two numbers.
Let’s understand this with an example.
You know that LCM (4,6)=12 and HCF (4,6)=2.

In this case, both sides donot match.

For any given numbers, their LCM is always greater than or equal to the biggest number. For example

Similarly, for HCF, the HCF of given numbers is always less than or equal to the smallest number. For example

Ok this is just the basic overview. In the next article, we’ll see the application of these concepts. In the mean time, try finding LCM and HCFs of following numbers 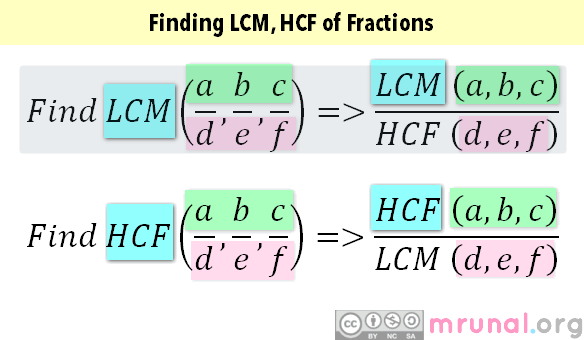 for more practice on LCM, HCF