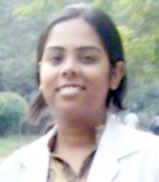 For one it was a childhood dream. The other reason was my self realization that I had very diverse interests and civil services would be a good career option. Plus during my work in the hospital I realized that I needed some positive power in order to bring a change in the existing system that sometimes is very insensitive to the needs of the weak and oppressed.

Motivation can be strong only if it is internal. Thankfully I have had to read only once or twice so interest alone helped me stay afloat. I usually gave myself a treat and did not study on Saturday nights this kept me fresh for next week. For coping with mood swings I had conversations with my good friends and family and watched a movie in a while.

Q. On an average, How many hours did you study per day?

Q. How many months did it take you to complete the core syllabus of GS and optional subjects?

For pre it was 3-4 months. But since I had always done everything in detail I had to give less time for gs during mains preparation. I had not done anyone subject in isolation after mains so I prepared both optionals and gs in 4 months after pre.

Books that I followed-

my approach for Political Science

I solved it partially in 4 ways:

Books that I followed for Sociology

Q. Instead of two, now UPSC will have only one optional subject. So if you were to give Mains 2013, which optional would you keep and why?

Nothing except I bought a Hindi newspaper on the day of exam and read it.

Q. How did you prepare yourself for the essay?

I did not prepare specially for essay but I wrote 2 essays that I posted on indianofficer.com. There various helpful members including Mrunal reviewed it and gave their suggestions. I understood my mistakes and avoided them in the final paper.

I wrote on 4th in the following way

hope i can get a respectful score. thanks to Mrunal and Gayathri for helping me improve. total 19 pages about 1900 to 2000 words.

Q. Many aspirants fear the interview, thinking that “my profile is not good because  I’ve low marks in SSC/HSC/College, I don’t have any extra-curricular certificates, I don’t have work experience, I graduated from some unknown college, I’m from non-English medium and so on…” what’s your taken on this?

Ans. I think it might be a conversation starter but it’s not the only criteria you are evaluated upon. If you have a pleasant personality, honesty and integrity and intelligence (based on board’s evaluation) then nothing matters. Your personality has to tower upon everything else in your profile.

Q. Did they ask any uncomfortable question from your profile during the interview?

I would have prepared for it till the last attempt i.e.4th but along with it I would have started working part time as a dentist. Because four yrs is a long time and UPSC is totally unpredictable so there is no point keeping all your eggs in the same basket.

My parents and my friends. My college friends were more confident of my success than even myself. When I would be like “ no yar, it doesn’t look possible I haven’t yet done this and that” , they would say “ tu pagal hai kya, tera nahi hoga to kiska hoga.”

Thank you guys, for being so confident about my abilities and happier than me on my success.

Q. How did you prepare for the interview?

Q. Who was the chairman of you interview board?

Q. How long was the interview?

Q. Provide the list of questions asked (and if possible answers also)

Q. Through this journey, what have you learned about life and competition? What is your message to future aspirants

“But you see,” said Roark quietly, “I have, let’s say, sixty years to live. Most of that time will be spent working. I’ve chosen the work I want to do. If I find no joy in it, then I’m only condemning myself to sixty years of torture. And I can find the joy only if I do my work in the best way possible to me. But the best is a matter of standards—and I set my own standards. I inherit nothing. I stand at the end of no tradition. I may, perhaps, stand at the beginning of one.”

You are well aware of the unwritten golden rule of conducting toppers’ interview. Final question has to be about bogus marketing propaganda. So,

Q1. Were you a subscriber/ regular reader of Mrunal.org. If yes, then Since when? You can even say “no”, I’ll publish it without editing, unlike certain magazines hahaha.

Yes I was. I first stumbled upon this site in dec.2011 and in a few moments I realized that I have discovered a treasure trove. I was one of the most frequent visitors and since then I have been recommending it to anyone who approaches me for help regarding UPSC.

Q2. How did Mrunal.org help you in your preparation?

Mrunal has been my guide. His work on economy is phenomenal and much more interesting than anything I have ever read. Good writing with a great sense of humor. Whenever in doubt I used to send him panic mails and he would answer it. I am so thankful to him. Thank you so much Mrunal, you are one of the best teachers I have ever known in my life.