This three article series deals with developments in Indo-US relationship during 2012-13, and outcome of 4th Strategic dialogue meeting between Kerry and Salman. (But without going into deep details/analysis of Iran/Afghanistan issue, because they’re too big topics to fit in the compilation.)

First, the timeline of some landmarks/events in Indo-US relations. Click on following image: 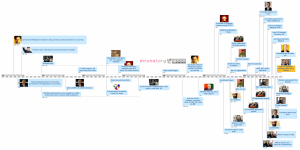 Why Kerry’s Visit to India?

Recently, US Secretary of State, John Kerry visited India. Why? Because he was in Afghanistan and decided that “abhi idhar tak aaya hu toh India bhi ho ke chalu, to enjoy some free food and desi liquor.” Nope.  He came to India in June 2013, because earlier both countries had agreed to hold Strategic Dialogue meetings every year.

Anyways, in June 2013, Kerry came to India for the strategic dialogue. As per the usual diplomatic protocol: item songs, desi-liquor, sustainable livelihood.

Here are some of the important developments that took place in 2012-13 + during 4th dialogue. So, what is the big picture? Where do these individual pieces fit in the Indo-US relationship? click on following chart to find out.
Mock questions, @the end of part 3 of 3. 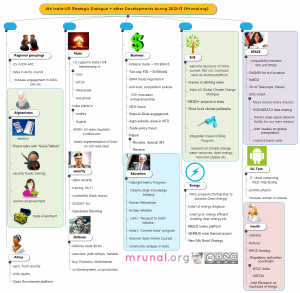