Q. Tell us something about yourself. When and why did you enter in the competitive exam field?

From childhood only I had passion about civil services. I wanted to serve the nation.

I did my b.tech from ICFAI tech Hyderabad in EEE {electrical and electronics}. Further I worked in Voltas ltd as sales and planning engineer. I left my job in 2009 to prepare for the UPSC examination because I felt the civil services was a more diverse and challenging option. I always wanted to do something for our people, and the challenges posed by public service and directing policies positively, as a member of the bureaucracy, drew me to the profession. 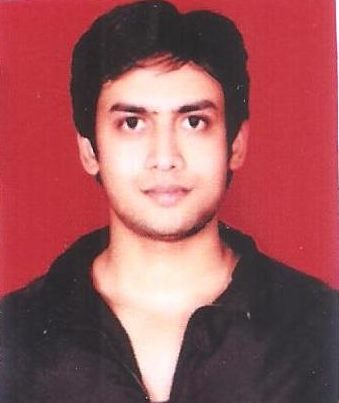 Q. List of Essential books and tips for success in the CAPF written exam?

All aspirants have to concentrate on basics (including basic concepts covered in 6th to 10th class books) and current affairs.

Q. How did you prepare the Essay, grammar, précis and report writing?

Good writing is the result of much practice and hard work. . If you’re willing to work, you can improve your writing. Keep in mind that regular practice will make you a better writer. As you sharpen your skills, you will gain confidence and enjoy writing more than you did before..For writing a good essay or précis on should one should be prepared of high level of concentration, deep attention and extensive retention of the context in his brain

Also for essay a rough work needs to be done in which all the points should be written by the candidates.  In this rough work he should systematically pen down all the points in a sequential order such as (introduction, details of essay, effect on society and our own personal views). Also ones essay should not be rigid (he should be open to all angles pertaining to that particular topic)

Q. In CAPF-2012 Exam, following essays were asked. Which essay did you write in and what keypoints did you include in it?

My topic was MIGRATION AND ITS IMPACT

Right from sakas , kushanas , mughals , delhi sultanate etc ( but I didn’t lay much focus on them ).

Then I shifted my focus towards 19th century (more current and relevant migration which has larger impact in modern India).

Q. In CAPF-2012, they asked counter-arguments for following, in 75 words. Please provide your answer.

Q. To pass Physical Efficiency Tests (PET), what preparation did you do at home? Where was your PET held? How was your experience, share some tips.

I practiced at home for about an hour daily. It is not that hard to clear PET but one has to follow the rules of the game. While practicing remember one thing, try all the events at one time, I mean don’t take rest in between the events as it is the same on real time.

Q. What specific preparation did you do for the interview? Who was the chairman? Provide the list of questions asked in CAPF Interview. (and if possible, the answers as well). How was the overall interview experience? And any tips for future aspirants.

In Interview they will know your Mental Ability. You have to know the basic knowledge of BSF, CISF, SSB, CRPF, ITBP. Should know thoroughly about what service you chose. There is a chance for asking question related to Police Department and Defense field. So get the basic knowledge about these areas. If you are honest and giving answers perfectly it is easy to score good marks in Interview. My interview was on 16th July and I was the first candidate ( morning session )

The first  question  was posed after my name ( Ashok )

Chairman : What does ashok chakra signifies in Indian flag and about significance of all colors of Indian flag ?

The National flag of India has three equal horizontal bands – the top panel is India saffron (Kesari), the bottom panel is green and white middle band bearing at its centre the design of Ashoka Chakra in navy blue color with 24 equally spaced spokes

M1 : What do u know about shahid afridi ? why was he was recently in news ?

Shahid is a Pakistani cricketer. He has played more than 350 Internationals, He is known for his aggressive batting style, and holds the record for the fastest ODI century

Recently he had won man of match award against west indies for his outstanding performance taking 7 wickets and scoring a half century .(14th July 2013 )

As long as I can remember, I’ve wanted to be a police officer.

As I grew older, I realized that a police officer was nothing like I thought.   I started to understand the role of the police.   Not as a symbol of power, but one of peace.   I started to understand that society needed an enforcement measure to uphold the laws that have been set.   I found that police presence was the best tool to deter crime, creating a safe environment for everyone.

Being in police force gives me a chance to make a difference in people’s lives . it also helps in Contributing  positively to society .

M2 : What is telengana issue ? what are specific problems of telengana ? give

examples and few facts too ?

Telangana is a new proposed state to be formed out of the state of Andhra Pradesh in India.  The proposed new state corresponds to the Telugu-speaking portions of the erstwhile princely state of Hyderabad

Sorry sir, I have very little idea about this topic .

There shall be no forced labor

There is also a need for rehabilitation of such children in the society . the child should be provided with free  Education , Food,Meals,Clothes, and Compensation.

Regular Monitoring should be done

M2 : What is diff bw naxalism and maoism ?

Naxal originated in india where as Maoism in china.

Naxalism originated as a rebellion against marginalization of the poor forest dwellers and gradually against the lack of development and poverty at the local level and  Maoists were the loyal believers of the Chairman Mao’s philosophy that ‘Power flows from the barrel of the gun.’

Naxal may or may not be armed but maoist are mostly armed.

Some type of democratic set up is seen in naxals ( election ) , but in maoist its absent

Collection and analysis of basic identity information by  financial institutions and other regulated companies ( banks ). These are address proof , age proof etc .

M3 : What is ozone layer and its significance ?

The ozone layer is a layer in Earth’s atmosphere which absorbs most of the Sun’s UV radiation . thus it protects us from harmful UV rays .

M3 : You are an engineer ? tell me why the level of engineering is so low in India ?

Sir , in India most of the engineering colleges are not truly equipped with modern amenities such as proper testing labs ( such as VLSI etc ) . in such cases students don’t get proper exposer which they need the most . also most of the colleges are not AICTE approved ..

It is an  statutory body and is  responsible for proper planning and coordinated development of the technical education and management system in India.

Sir , it’s an introductory statement about constitution of India … again they interrupted me ..

M4: Tell me text of preamble ?

Sir , I am not able to recall the entire text , but I can tell you the zist of preamble . I do remember few important words used in it.

M4: asked me to recall those words .

M4 :  You know the meaning of all these words ?

Government Railway Police. it is also charged with protecting the Indian Railways

RPF comes under central government where as GRP under state.

Sorry sir, I have no idea.

M4 : Ok , your last question . tell us something unique about your home district / city ?

My native district is sonebhadra (UP). It is the only district in India which shared its border with 5 states.

Salkhan fossil park is a geological heritage of sonebhadra district . the ages of these fossils as estimated by geologist is around 1400 million years.The fossil is spread over an area of 25 hectares and is larger than the yellow stone national park of USA

Old faithful geyser. This geyser blows out water at a specific intervals.

Q. How was interview: normal, stress, mixed? Did they ask any uncomfortable questions, if yes how did you answer it?

Interview was very normal. The board members were very helpful and coardial.

Q. What was your service preference order (CRPF>CISF>SSB etc) and why did you pick up the particular order?

My friends and family suggested to opt for this order.

Q. If you were not selected, what was your career backup plan?

I had no backup. Civil services was by dream and I was confident of making it in final merit list.

Q. Through this journey and success, what wisdom did you gain about competition and life? What is your message to the aspirants?

EVERY FIGHTER HAS ONE LAST FIGHT LEFT IN HIM

SUBJECT YOUR BODY AND MIND TO THE LIMITS OF ITS CAPACITY.

NEVER BACK DOWN.TRUST YOURSELF. FEAR NOTHING.

Q. You are well aware of the golden-unwritten rule of conducting toppers’ interview= The last question must be about self-marketing. So, Did you use Mrunal.org for your preparation and if yes, how did it help you?  And you can even reply “No”. I’ll publish your answer as it is
Mrunal was very helpful for me. Especially for CAPF much information is not available on internet, so in that way mrunal helped me a lot in analyzing this exam. Analysis of this CAPF exam is done best by Mrunal.