How to prepare for IFoS-2015 English? 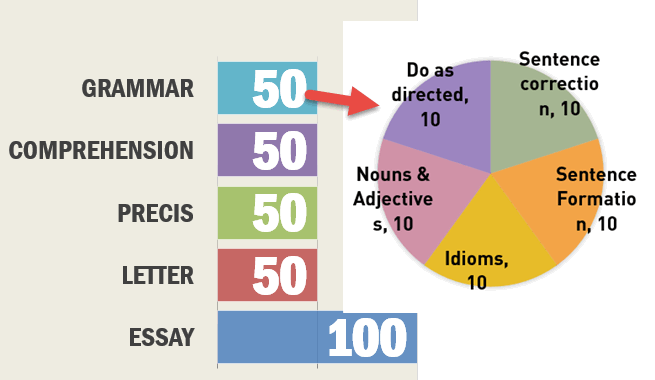 Write a precis of the passage given below in about one-third of its length. Please do not give any title to it.The precis should be written in your own language. 50 marks.

Democracy has put down firm roots in India but the quality of government that India’s democracy provides remains low. How does one best understand consolidation of democracy in India?It is clear that India’s democracy has succeeded against considerable odds : a low-income economy/Widespread poverty and illiteracy, and immense ethnic diversity. How did India do it? Indian democracy is best understood by focusing not mainly on its socio-economic determinants, but on how power distribution in that society is negotiated and renegotiated. A concern with the process of power negotiation,in turn, leads one to analyse leadership strategies, the design of political institutions, and the political role of groups, or, in short, the interaction of the state and society.

More specifically, India’s democratic record suggests that two related sets of political processes have guided the management of power conflicts in that society. First, a delicate balance has been struck and restruck between forces of centralization and decentralization. And,second, the interests of the powerful in society have been served without fully excluding the weaker groups. The record on both of these fronts is far from perfect; the failures have actually put a great strain on Indian democracy. Nevertheless,accommodation of those who mount powerful challenges by granting them greater autonomy and/or a share of resources has been central to the strengthening of democracy.

As federal democracies go, India is a relatively centralized  slate. While many critics have made this observation, the fact is that demands for decentralization only make sense within the context of centralized authority; authority and power, like wealth, have to exist before they can be distributed.Over the years, as democracy has spread, numerous mobilized groups in India have demanded further redistribution of power. These demands were often resisted, sometimes wisely, but at other times unwisely and at a great cost.Overall, however, enough concessions were made so that the Indian political system by now possesses significant decentralized traits. Notable features of these are to be found in the practice of federalism, in the changing character of local governments, and in the evolving constitutional design.

No electoral democracy can long survive without protecting the interests of the powerful, whether these are propertied groups,groups with high status,or groups with effective political organization. Long-term exclusion of weaker groups is also not healthy for a democracy.How has this balance been managed in India? While the rhetoric of the Indian state has often been redistributive – socialism, abolition of traditional privileges, reform of the caste system, and populism – political practice has been considerably  more conservative,eschewing any decisive redistribution. The Indian state has thus been criticised both for its excessive socialist commitments and for its failure at substantial redistribution. However, the political impact of these twin tendencies – radical in tone, conservative in practice – may well have strengthened democracy. This is because the powerful in society feel well served by the system, but weaker groups do not feel totally excluded or hopeless, at least not so far. (501 words)

Read the following passage and answer the questions given below :

Safe Water for All

In developing countries a very large section of the population – both in urban and rural areas – does not have convenient access to safe water.Millions of people die annually due to water related diseases.Water related diseases are the leading killers of infants and children. About 5 million infants die every year from intestinal diseases before they complete one year of lire. Every day a large number of people die from unsafe water as two-thirds of the people on the earth have no other choice except to drink it, cook with it  and bathe in it.

According to the World Health Organisation (WHO), 1 hospital bed out of 4 in the world is occupied by a patient who is ill because of polluted water.Provision of a safe and convenient water supply is the single most important activity that could be undertaken to improve the people living in rural areas of the developing world.

The problem of providing a convenient supply of safe water to all remains unsolved. In some parts of the world,women and children spend half of their time for fetching water. Some have to walk as far as 25 kilometres or to reach each the source of water.In India, the people of villages in the hilly and desert regions,where nearest water sources are about 1.6 kilometres away,have difficult access to water. Besides, these water sources contain toxic elements which are dangerous to health and are carriers of epidemic diseases like cholera and guinea pig infestation.Many Other villages also have inadequate and unprotected drinking water sources Various schemes and projects undertaken to supply safe water have met with several difficulties.According to the Evaluation Report on the Accessibility of the Poor to the Rural Water Supply,1980 of the Planning Commission of India, there are several weak points in the programme. Remedial measures need to be undertaken to ensure safe water supply conveniently through bore, tube or drill wells and pipes, require regular and timely supply, adequate number of supply points, better management for breakdown and out-of-order conditions,provision for separate public points for the poor and increase of supply hours.

Besides, measures should also be taken to educate the community to make them aware that water from open dug wells without parapets and by individual collections from ponds, tanks, lakes, etc., is basically unsafe.

Answer the following questions on the basis of the above passage : 10 marks each

Rewrite the following sentences after correcting the grammatical errors in each:

Make sentences using the following words in such a way that the meaning of each word is clear in the context:

Use the following idiomatic expressions in sentences in order to bring out their meaning :

Do as directed 10m

Rewrite the following sentences as directed: