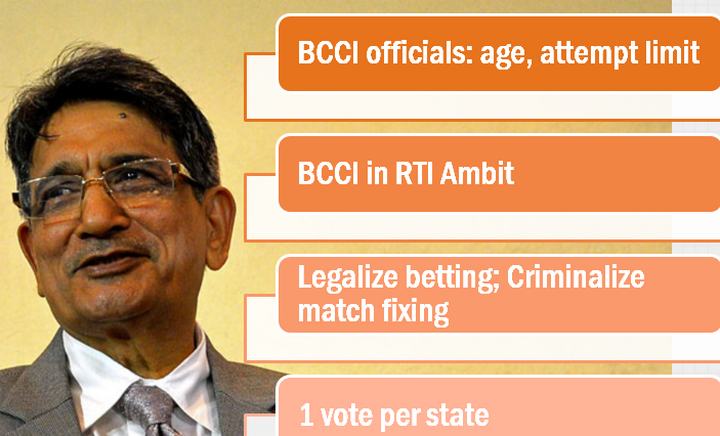 Lot more dissension can be done but BCCI maintains report not binding in nature and sports not a direct topic under UPSC so cost benefit declines. This much content sufficient for 200 words.

To be setup through an executive order, just like UIDAI.
→ recommend fares for transporting men and material
→ give level-playing field for private investments in Railways
→ maintain performance standards
→ release statistics and forecasts related to Railways.

NDC Gone with the Wind

→ Article 19(1) (c) grants all citizens the right to form a union. But Corporates don’t like it because trade union start collective bargaining for better work and pay conditions.
→ Contract Labour (Regulation and Abolition) Act, 1970- contract workers can’t be employed for core industrial work. But corporates want the opposite, they usually get a contractor to supply them labours. So no tension of giving social security or entertaining trade unions.
→ 2012- Maruti started “company temps” i.e. you work for 6 months, then laid off for 5 months, then again called back for work. Good:- company temps get all direct benefits from company since no contractor involved. Bad:- they get far less salary than regular employees.
→ labour reform should address two things (1) allow independent positive trade unions (2) don’t let company keep temporary workers permanently ‘temporary’.

Election reforms to consider:
→ Rajya Sabha election has open-ballot voting i.e. Party can know which MLA gave vote to which Rajysabha candidate. Similar system should be adopted for Vidhan Parishad election too. Andhra Pradesh, Telangana and Bihar ready.
→ in some states 1/3rd Vidhan Parishad members not retiring each 2 years. Need to amend law.
→ amend law to permit EVM-Totalizer. More in this article
→ only 18 years or above person can get voters ID card. But date counted only in 1st January. There should be 4 different dates (1st January, 1st April, 1st July and 1st October) for enrolment so that maximum number of people can be enrolled each year.
→ Amend Form-24-A so political parties have to disclose even donations less than 20,000 rupees.
→ At present Electoral trusts can accept foreign donations but they siphon it to political parties. Need to fix RPA act to stop this.
→ give Independent Secretariat for the Election Commission and its budget should be ‘charged’ on consolidated fund of India- just like CAG  and UPSC.