Answer the following questions- each in 200 words, 8 minutes, black/blue pen on A4 sized blank page with 1″ margin on each sides: 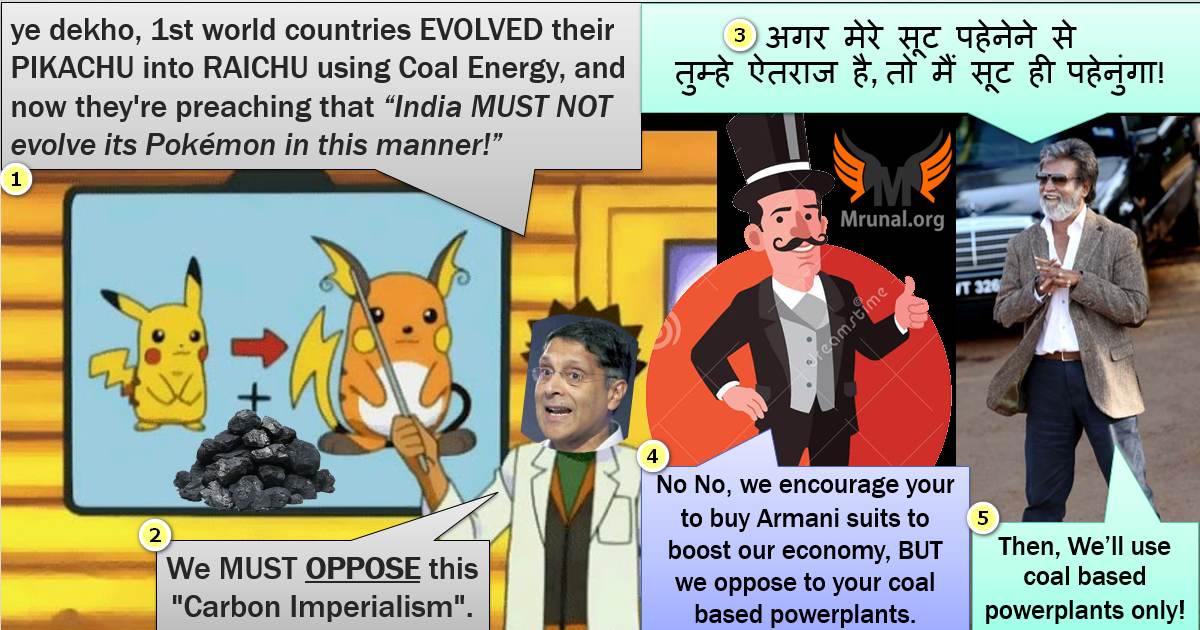 Q. “While India believes in low carbon economy, it can’t be subservient to carbon imperialism”. Substantiate in context of Paris Agreement.

In the first part of the answer, we’ll mention India’s initiatives and commitments regarding clean energy

At the UNFCCC summit at Paris (2015), India made following voluntary commitments/Intended Nationally Determined Contributions (INDC), with 2030 as deadline:

As such, UPSC MCQs (or descriptive questions) don’t test your memory power of dates, names and numbers, but the above INDC points must be memorized.

Encyclopedic knowledge is a curse in UPSC Mains exam. Because you’ll have neither the time nor space to express it. ^These many schemes are more than sufficient. You don’t even have to mention the years like I’ve done.

In the first part of the answer, we proved that India has made sincere attempts towards low carbon economy, now let’s point out why we can’t blindly imitate first world’s clean energy obsession.

Question asked you to “substantiate”, so in a way it’s a ‘discuss’ type question, therefore conclusion should be ‘summary’ type. But let’s just end by linking with SDG/HDI. Because again ‘summarizing’ the body will make the answer excessively long.

~800 words. But in real exam you can’t recollect all the points, so automatically this should come down to 200 words.

“Renewable energy sources such as solar and wind can become supplement but not substitutes for coal based power in India.” Analyze

“Despite its social costs and negative externalities, coal is a necessary evil in India’s quest for Human Development”. Elaborate.

Observe the words given in the question: ‘supplement’, ‘substitute’. Therefore, better to open the answer with some quantitative dimension of big vs small.

Note: you can make up any numbers as long as you can show coal is majority. Because even within economic survey vs. niti ayog 3 years document there is inconsistency in the data about energy mix.

Cost: Benefit of Coal Vs Renewable

‘Elaborate’ is akin to ‘discuss’. So in the conclusion, let’s just summarize above things / link it with SDG.

I’ll only sketch the outline in Hindi, rest you can translate on your own from the English descriptions given above.