Answer following questions in 250 words each:

How are these questions relevant to UPSC Mains Syllabus?

If this question is asked in Mains-2018, it’s unlikely you’ll recall all the finer points to fill the answer-body in a vivid manner, therefore better we pad the answer by starting the ‘origin’ all the way from the inception of WTO, and its objectives and how its bi-annual ministerial summits are organized.

##: To be precise, WTO was born out of Marrakesh Agreement of 1994, and started functioning from 1/1/1995 but in real exam can’t expect to remember everything, hence generic introduction. Also observe how I wrote full forms of every time, so in the body of the answer, i can use abbreviation.
Let’s try another approach: Instead of giving origin of WTO, we can write why this debate on “WTO’s irrelevance” has ‘originated’?

Since i’ve framed 6 mock questions, i’ll simply give building blocks for the body. You prepare the customized answers just like DishTV’s A-la-carte packs. 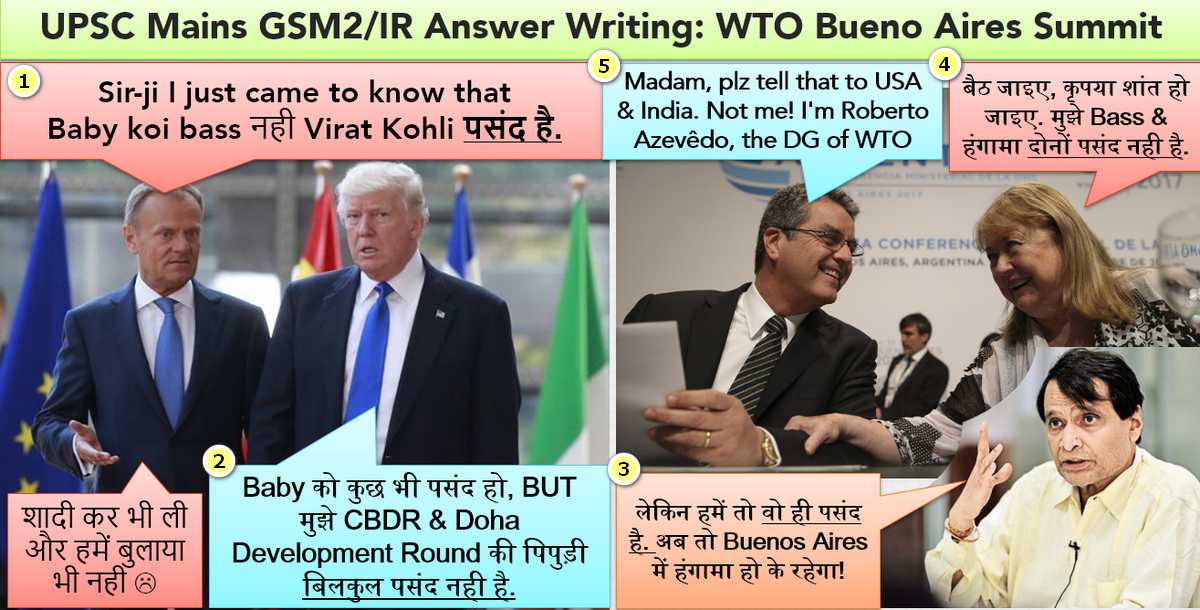 A man is known by the company he keeps and the pipudi he dislikes.

Let’s build a generic finding, that can be pasted in any WTO related ‘critically examine’ question, so that irrespective of whether examiner asks Buenos Aires summit in overall terms or asks specific technical question on E-commerce agreement / SSM / Peace Clause- still we can use this conclusion * wink wink *