Q. How do you justify the view that the level of excellence of Gupta numismatic art is not at all noticeable in later times? (150 words, 10 marks)

Introduction of the Answer

There are three primary ways to write introduction of an answer (1) DEFINE the term(s) mentioned in the question (2) Write the ORIGIN of the event or issue, or (3) Provide DATA (statistical information) pertaining to the issue. Let’s try first two methods of introduction:

You can see that even if we provide definition, we’ll have to write some introduction on how Gupta coinage originated. Hence in this particular question, it’s better to begin with ‘origin’ rather than ‘definition’. Had UPSC asked something about Gupta empire itself from its excavated coins, then it’d have been more apt to begin with ‘definition’.

Body#1: Why Gupta coins are spectacular? 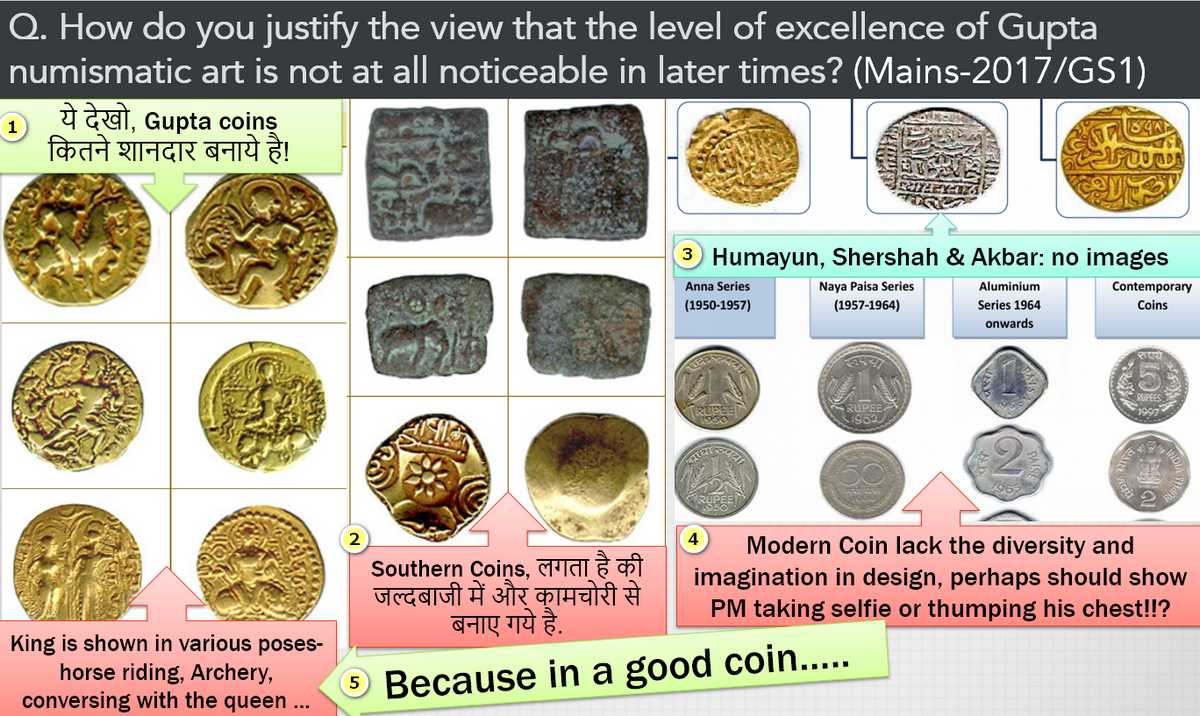 The coins minted after Gupta-period are usually monotonous and aesthetically less interesting. Because: 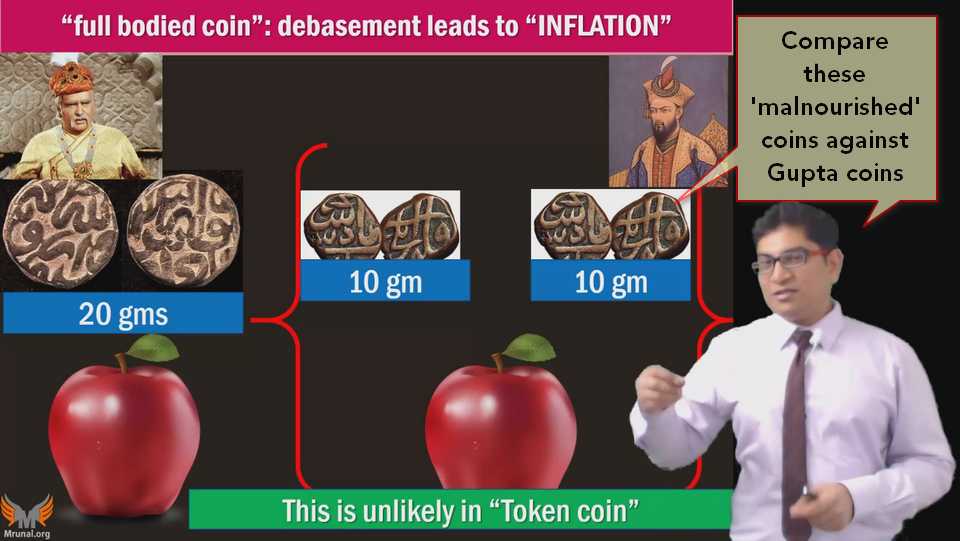 Current Affairs Question: Which political party does this remind you of?

Usually conclusions are of two types: (1) Finding: but here, it was a loaded question wherein the premise itself said Gupta coins were better. (2) Summary: but in the body the points are so diverse, difficult to condense and summarize. So, better just end on a positive note.

Thus, with the aforementioned observations of dynastic coins in the Northern, Southern and Western kingdoms of Medieval India, we can conclude that the level of excellence of Gupta numismatic art is unparalleled in the history of Indian coinage.

This is nearly 300 words answer, as I’ve utilized following sources for the preparation of this answer:-

But, in the actual exam hall, given the vastness of the syllabus and randomness of the questions, you’ll not be able to recollect all the points like Chola had tiger motif or that Aurangzeb’s debasement was one of the reasons for declining quality of coins! Therefore, automatically it’ll compress down to 150 words limit.