Read the following passages carefully and answer the question(s) given below them: 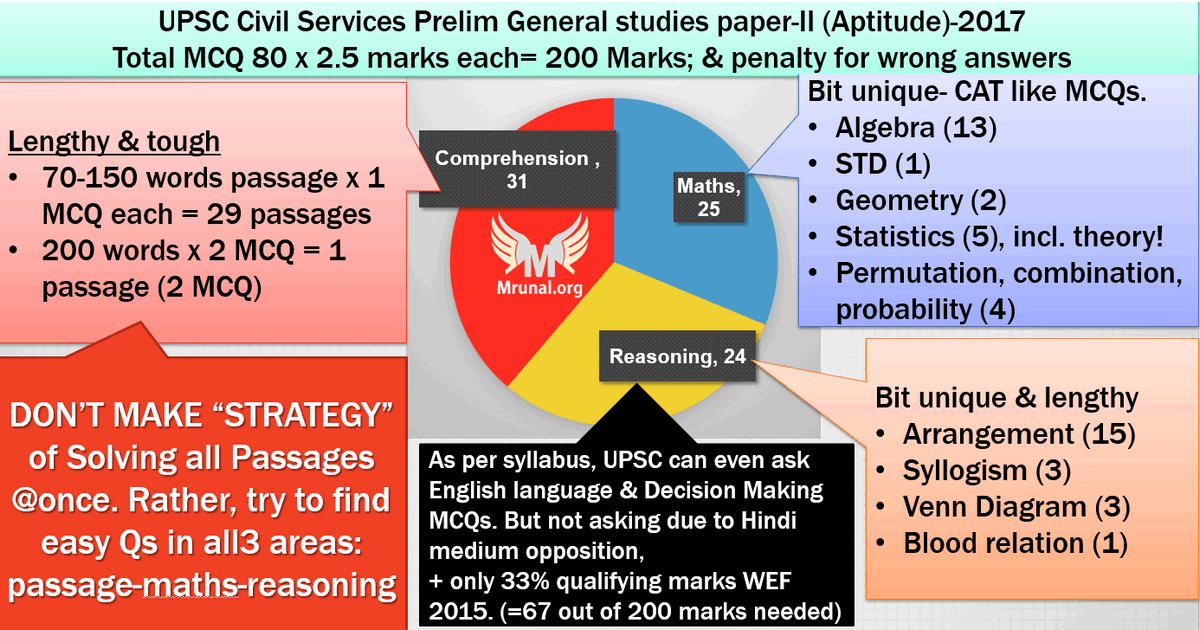 Journalist: “Sir, I would just like to know that given the recent global events, do you expect an appreciation of rupee? And if there is an appreciation in the rupee levels, what do you think, how is it going to impact our exporters?”

Dr. Raghuram Rajan: “I think it is a fool’s game, even for the Reserve Bank to predict what the medium term value of the rupee will be, I recall this theory by Kenneth Rogoff that it is really impossible to predict exchange rate levels and we typically can tell a good story in hindsight of why the exchange rate moved the away it did, but it is very hard to predict.” Although, having said that, the general theorem which governs exchange rates is the Balassa–Samuelson theorem which says that emerging market currencies appreciate in real value terms over time for all the reasons that Balassa–Samuelson have pointed out, but I do not want to give you a lecture on that here. Basically, most emerging markets have followed that route as they get richer and I do not see a reason why India’s case should be any different.”

For this type of passages where multiple thinkers are given for some economics, philosophy, or science concept, if it’s not going into your head, better move to next set. You’ve to get only passing marks in UPSC Prelims Paper-2. Don’t get fantatically fixated that “since it’s passage, I must solve it!” Passage-solving को अपने अहंकार व् प्रतिष्ठा का मुद्दा न बनाए! #LEARN2SAVETIME

Q. Whom is Dr. Rajan referring to as “Fools”?

HINT: By the term ‘fools’, Rajanbhai is referring the people who try to predict what the medium-term value of the rupee.

Halfway through college, and still confused, I decided to become a tax lawyer. It seemed like a good career choice. But, when I sat in the first lecture, I was stunned by its complexity and lunacy. I barely passed the course.

Like most small-town lawyers, I dreamed of getting a big case, and in 1984 it finally arrived. But this time, the case wasn’t mine. As usual, I was loitering around the courtroom, pretending to be busy. But what I was really doing was watching a trial. The case was about a young girl who had been beaten and raped. Her testimony was gut-wrenching, heartbreaking and riveting. Every juror’s eyes were moist. I remember staring at the defendant and wishing I had a gun. And like that, a story was born. That night I inserted a page in my typewriter, and “A Time to Kill,” was finished three years later. – Novelist John Grisham.

Q. Based on above passage, John Grisham is likely to support __:

HINT: Since Grisham was stunned by the Stupid Art & Culture MCQs in UPSC Prelims lunacy of tax laws in his college years, he’d support their simplification. Grisham wanted to murder the rapist right there in the court house, so he’s a man who’d clap at people pouring Gangaajal (Battery-acid) in criminals’ eyes without the authority of law (=Vigilantism)

Angelina Jolie is going to try her hand at film-direction for the fifth time. Her latest project is titled ‘First They Killed My Father’ and is based on a memoir of the same name written by Loung Ung.

The movie focuses on the personal life of Loung Ung, a little Cambodian girl during the regime of Pol Pot. Although, previous movies directed by Jolie have had average reviews, this time she is doing what is closest to her heart: tell the story of those who were oppressed.

Q. Which of the following can be definitely inferred from the passage?

If the engineer made the wing length according to majority opinion, chances are the plane would not fly. In making economic policy from setting tax rates, to changing interest rates, to planning subsidies, people have variety of views. This makes the task much more complex, for one has to combine economics knowledge with how people vote! Hence, Economics is a strange discipline where everyone has a view about how to design an economic policy. This participation is welcome because it prevents the elite from hijacking all policies for their own benefit.

HINT: one has to combine economics knowledge with how people vote.

When control of the Communist Party of China was in Deng Xiaoping’s hand, he had few checks on his power. The same was true of the East Asian strongmen, from Singapore’s Lee Kuan Yew to South Korea’s Park Chung-hee. Although Margaret Thatcher and Ronald Reagan had to operate within a democratic system, they had come to power with clear majorities, but Narasimha Rao did not have this luxury. This handicap had made Narasimha Rao feebler than any global leader who had embarked on economic reforms.

Q. Above passage refers to Rao as ‘feeble’ in __ context:

HINT: Margaret Thatcher and Ronald Reagan had to operate within a democratic system, they had come to power with clear majorities, but Rao did not have it (=parliamentary strength).

There are only 9 million Hebrew-speakers in the world, yet Netflix, an online video service company, now offers a dozen Hebrew-language shows to its subscribers. Most Hebrew-speakers will have already seen them on Israeli television, but Netflix is betting that, subtitled, they will attract viewers around the world. Most of the Israeli shows deal with terrorism, espionage or the Israeli-Palestinian conflict. There is irony here. While Israeli politicians grumble that their country is unfairly portrayed by the shows, Israeli television producers are cashing in on their nation’s reputation for spy-mastery. [90 words]

Q. According to the passage, it can be inferred that Israeli politicians are unhappy because:

HINT: Israeli politicians are unconcerned that Karnataka में बीजेपी की सरकार नही बन पाई, and on similar pattern, they’re unconcerned with either of the given statements.

Honda’s MotoGP bike rider Marc Marquez won his second consecutive race at the Czech Grand Prix on Sunday with team mate Dani Pedrosa finishing second. With light rain at the Barno circuit, riders started cautiously, but as the track dried down, Marquez was the first to change from rough to slick tyres and it paid off with the Spanish gentleman gaining a significant lead over his rivals, while Yamaha’s Maverick Vinales completed the race ahead of his team mate Valentino Rossi, who had led the race from the beginning but a delayed bike change cost him precious time. Last year’s winner LCR Honda rider Cal Crutclow was the last to cross the finishing line. Aprilia Racing’s Aleix Espargaro and Suzuki’s Andrea Iannone’s bikes collided with each other, hence neither could finish the race due to serious injuries.

Q. Which of the following can be definately inferred from the passage?

HINT: Alexis and Andrea were riding bikes like Dhoom3 and hence collided with accident. So, third statement is wrong.

Sometimes, this type of passage will be followed by reasoning type questions “who was at the fifth place?”. Then depending on your proficiency, you should solve or skip.

“I swear to you, sitting on a throne is a thousand times harder than winning one. Administration is a tedious business and managing the royal treasury is even worse. And the people … there is no end of them. I sit on that iron chair and listen to them complain until my mind is numb. They all want something, money or land or justice. The lies they tell … and my lords and ladies are no better. I am surrounded by flatterers and fools. Half of them don’t dare tell me the truth, and the other half can’t find it.”

HINT: While the king is introspecting his actions and feelings about the throne, but observe the choice of words- “tedious, worst, surrounded by fools, mind gets numb.”- he’s bitter.

Solve the following questions, and more importantly, don’t waste time if your table / arrangement doesn’t match with any option. Move to next question if that happens, #LEARN2SAVETIME

Q. In a room, there are five persons P, Q, R, S and T. One of them is a football player, one is a chess player and one is a hockey player. P and S are unmarried ladies and do not participate in any game. None of the ladies play chess or football. There is a married couple in which T is the husband. Q is the brother of R and he plays neither hockey nor chess. Find correct statements:

If this passage was followed by 2 MCQ then you should attempt. Otherwise, If you’re not proficient in ‘sitting arrangement’ then it’ll be time consuming and error-prone to solve such passages for just one MCQ! Do it only if you can’t cross passing marks from other questions. #LEARN2SAVETIME

Q. There are five friends standing in a row facing south. Jayesh is to the immediate right to Alok. Pramod is between Bhavesh and Subodh. Subodh is between Jayesh and Pramod. Who is standing in the middle?

HINT: We can’t derive the relation between Y and W or X and Z.

HINT: Pattern is like this- Odd number means cube and even number means square. We’ve to find fifth position, so 53= 125.

In real exam, you could either crack the pattern instantly, or sometimes even after 5-7 minutes of trials, you may not be able to see pattern. So these type of MCQs should be done at last. #LEARN2SAVETIME

Q. If all students are boys and all boys are dancers, then which one of the following statements, is definitely true? (CAPF-2017)

HINT: Imagine these to be Venn circles (((students) Boys) dancers. -> then it means all students must be dancers because they’re a subset of a subset of dancers.

Q. Which one of the following is the smallest number by which 2880 must be divided in order to make it a perfect square? (CAPF-2017)

HINT: You should create factors of 2880, then whatever is not grouping properly, you’ve to divide it by that number, then automatically it’ll become perfect square.

Question is not difficult but you need to be fast and accurate in calculation, else this will be as tedious and timeconsuming like an RC passage, and you’ll not be able to tick sufficient number of MCQs necessary to get 67 passing marks.

Q. One year ago, a father was four times as old as his son. After six years his age exceeds twice his son’s age by 9 years . The ratio of their present age is (CAPF-2017)

Time consuming sum. should be ignored in the real exam, if you can cross 67 Passing marks with other MCQs. #LEARN2SAVETIME

Q. The length of a rectangle is increased by 60% . By what percent would the width have to be decreased to maintain the same area? (CAPF-2017)

Ofcourse there are readymade formulas for these type of questions but memorizing such formulas for Prelims, is bad cost : benefit (compared to their utility in IBPS and SSC.)

Two pipes A and B can fill a tank in 12 minutes and 16 minutes respectively. Solve following two questions.

Q. If both are opened together, then in how many minutes the tank will be full?

Q. If both the pipes are opened together, then after how much time, B should be closed so that the tank is full in 9 minutes? (CAPF-2017)

If both pipes are opened together, and after “_” minutes, pipe “B” is closed, that means pipe A will fill the remaining tank in a way that total distance is 48 and total time is 9 minutes. Let’s try all four options: