Which essay did you attempt or would have attempted? Share your major keypoints in the comments section! 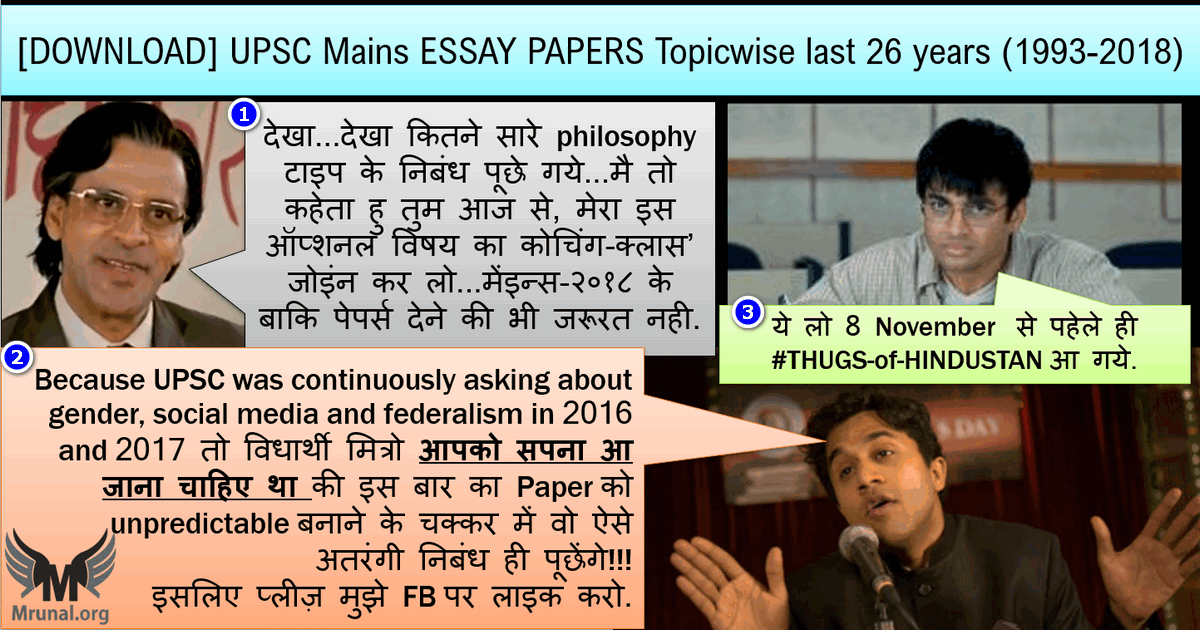 Do you see any other patterns or connections with current affairs? Do share in the comments section!

Each year, along with essay paper, I also upload topicwise compilation of all essays asked since 1993. However, this time, I’ve further refined the internal classification of the topics. Here it goes: