Q. Why was Muslim Women (Protection of Rights on Marriage) Bill, 2017 introduced in the Parliament OR Why is Triple Talaq Ordinance is announced by the Union Government? Enumerate its salient provisions. 150 words, 10 marks.

Relevance to Syllabus of GSM2? mechanisms, laws, institutions and Bodies constituted for the protection and betterment of these vulnerable sections.

Since question says “WHY bill / ordinance proposed”? therefore ideally you should give both definition and origin of the matter. 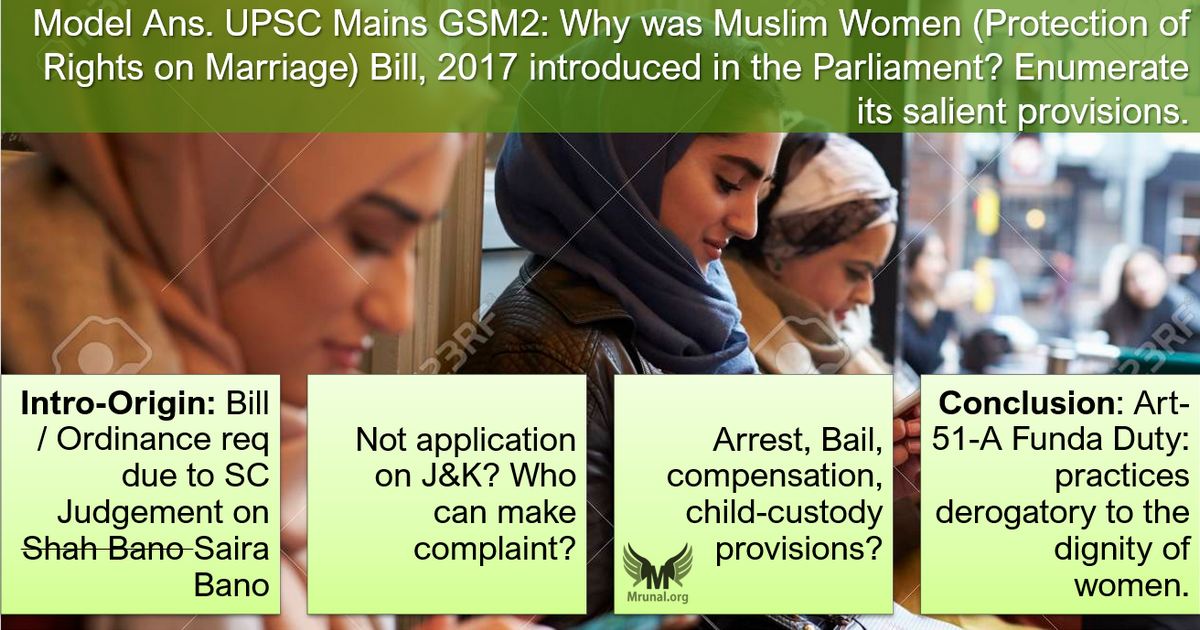 Salient Features of the Bill / Ordinance

The “internal difference between the bill’s features vs ordinance’s feature” is an irrelevant topic / question for prelims / mains. Just memorize the major features and write any one column depending on whether the question is for bill or the ordinance.