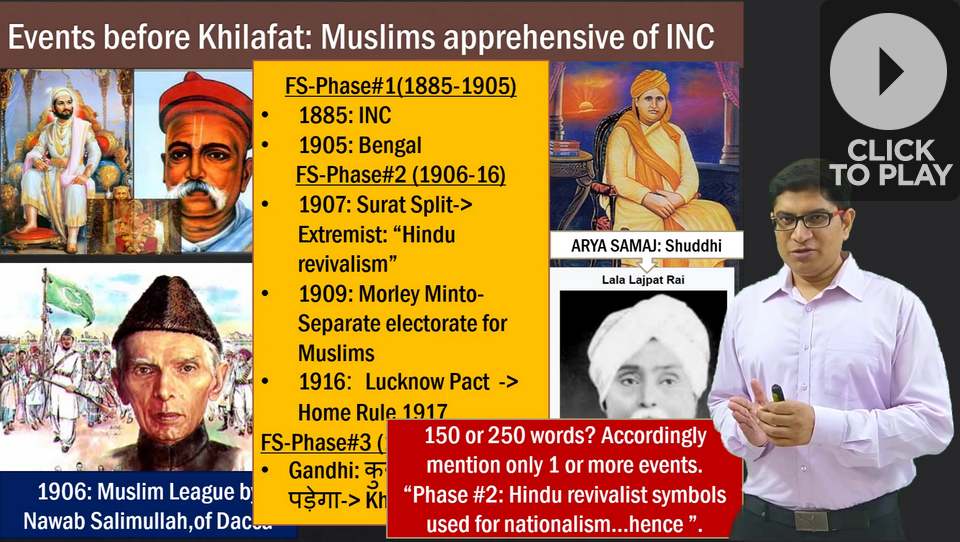 Before Gandhi’s Non-Cooperation Movement (NCM), the Muslim leaders and Muslim community were apprehensive of such struggle because of following reasons:

For educational purpose, I’ve elaborated, else you can summarize in single sentence that

“during second phase of freedom struggle, (i) overt use of Hindu revivalist symbols to evoke nationalism (ii) Separate electorate under the Morley-Minto reforms made the Muslims apprehensive about INC and Gandhi’s freedom struggle. Gandhi supported Khilafat to overcome their apprehensions / win their support for his NCM. (50 words) 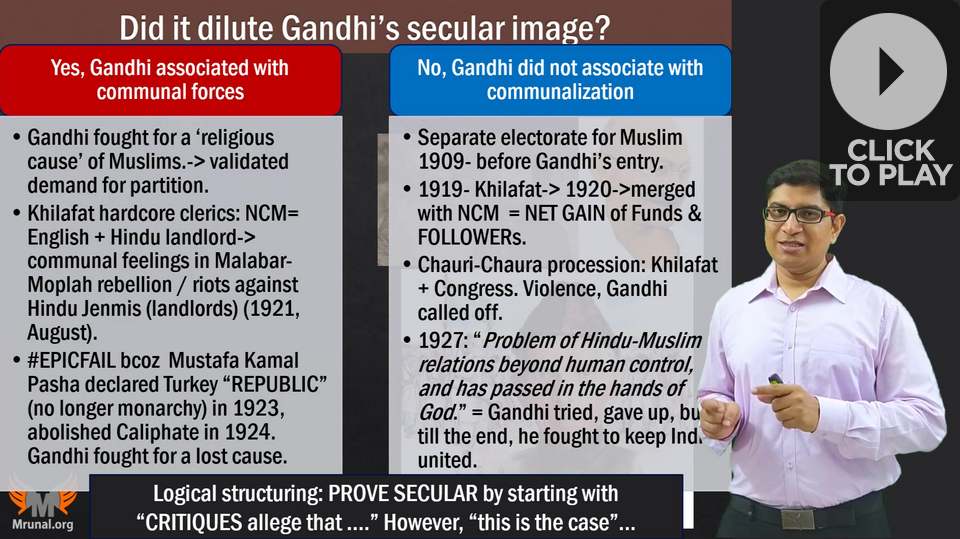 However, the arguments don’t dilute Gandhi’s secular credentials because

10M Question= Give yourself no less than 0 marks, and no more than 6 marks. Use the following benchmarks: