Q. Comment on the important changes introduced in respect of the Long-term Capital Gains Tax (LCGT) and Dividend Distribution Tax (DDT) in the Union Budget for 2018-2019. (150 words, 10 marks, asked in UPSC Mains GS3-2018)

Example of Poor introductions: giving “origin” of Budget under Article 112. or that taxes are levied for public welfare. Your introduction’s spotlight should be the two taxes asked in question. Don’t start bowling from outside the stadium.

The notable changes in the LCGT and DDT made under Budget 2018-19 are as following: 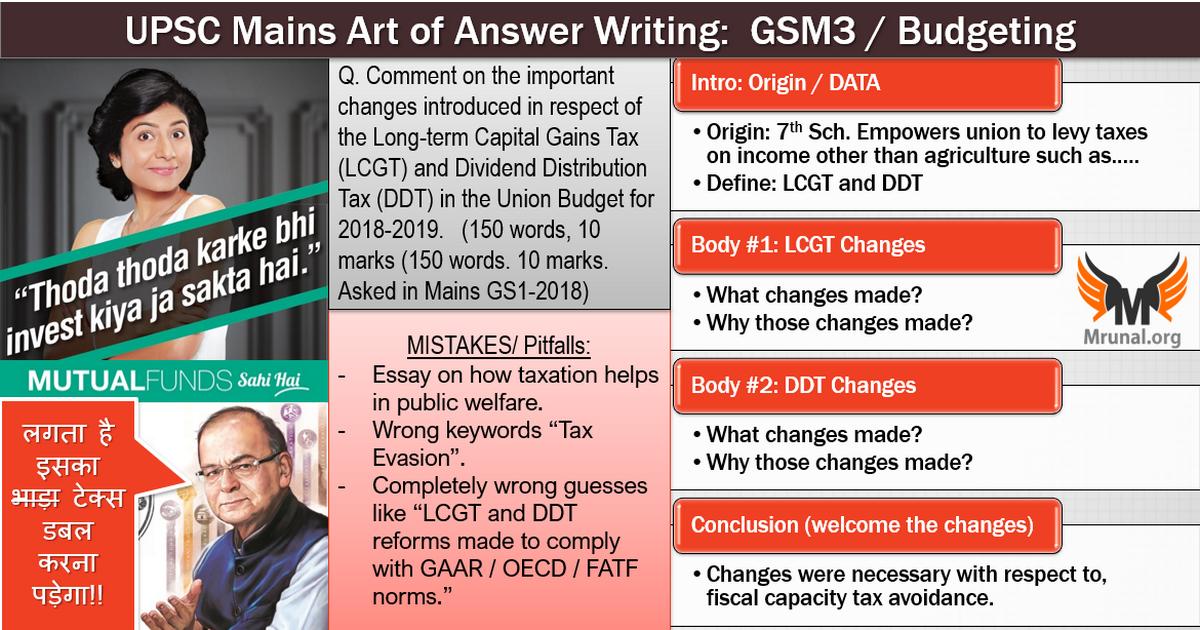 Dividend Distribution Tax (DDT) is levied on the dividend paid by the company to its shareholders. Two major changes were made here in Budget 2018-19

(#)How company avoided DDT and how new rules curb it? It’s not worth the time and effort of learning and explaining. Just gist is enough.

In other words, previously from 0% LCGT & 0% DDT atleast now these rich people have to pay 10% tax which is “progressivity”.