Question for UPSC Mains-GS3 on LWE

Left Wing Extremism (LWE) is showing a downward trend, but still affects many parts of the country. Briefly explain the Government of India’s approach to counter the challenges posed by LWE. (10 marks, 150 words, asked in UPSC Mains-GS3-2018)

Relevance to Syllabus of UPSC GSM3: Linkages between development and spread of extremism. 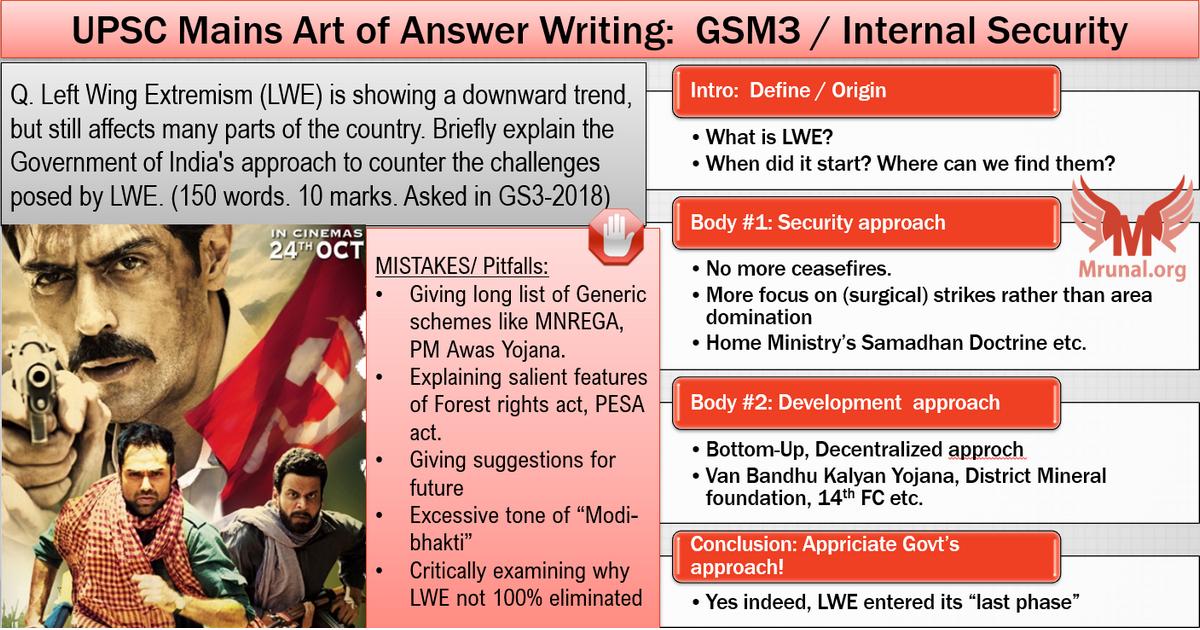 Even Sunny Deol’s cousin-brother has to run for cover, which proves that Government’s approach against LWE has succeeded 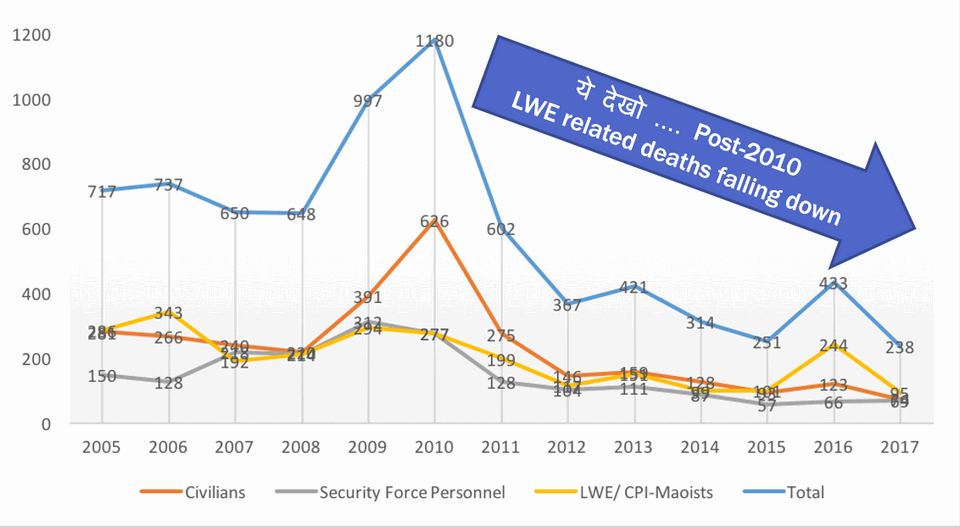 From the graph it’s evident that Maoist decline started post-2010. So, instead of saying “Modi Government did this and that”, better to use the phrase “Successive Governments initiated xyz”

Further, in 2017, May: Home Ministry launched ‘SAMADHAN’ doctrine. It involves:

Governance deficit and lack of employment opportunity pushes the youngsters to join LWE movement. Previously, the schemes meant for LWE regions were either fragmented or lacked involvement of the local gram sabha or didnot allow for customization at grasroot level. However, in recent years, there has been change in the approch: