Question for UPSC Mains-GS3 on CPEC

Q. The China-Pakistan Economic Corridor (CPEC) is viewed as a cardinal subset of China’s larger ‘One Belt One Road’ initiative. Give a brief description of CPEC and enumerate the reasons why India has distanced itself from the same. (10 marks, 150 words, asked in UPSC Mains-GS3-2018)

Relevance to Syllabus of UPSC GSM3:

Although this question is more suitable to the syllabus of GSM2, but UPSC asked it in GSM3, which again proves the Intellectual Bankruptcy of UPSC Examiner. 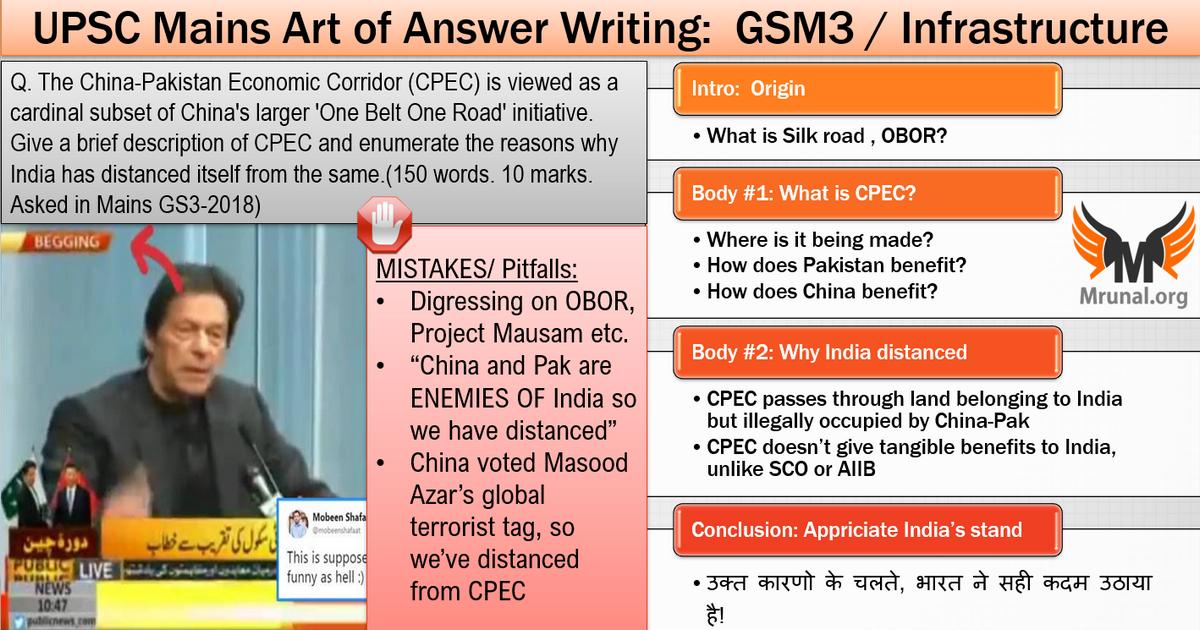 If you don’t have enough body points for “Why India didnot join CPEC” then you may padup the introduction by starting all the way from Ancient Silk Road. ELSE you may start directly with Body No.1

Body-2: Why India distanced itself from CPEC?

Because CPEC passes through disputed land

Because CPEC doesn’t give tangible benefits to India