Ministries of the Union Government

We can further classify them into following blocks / parts: 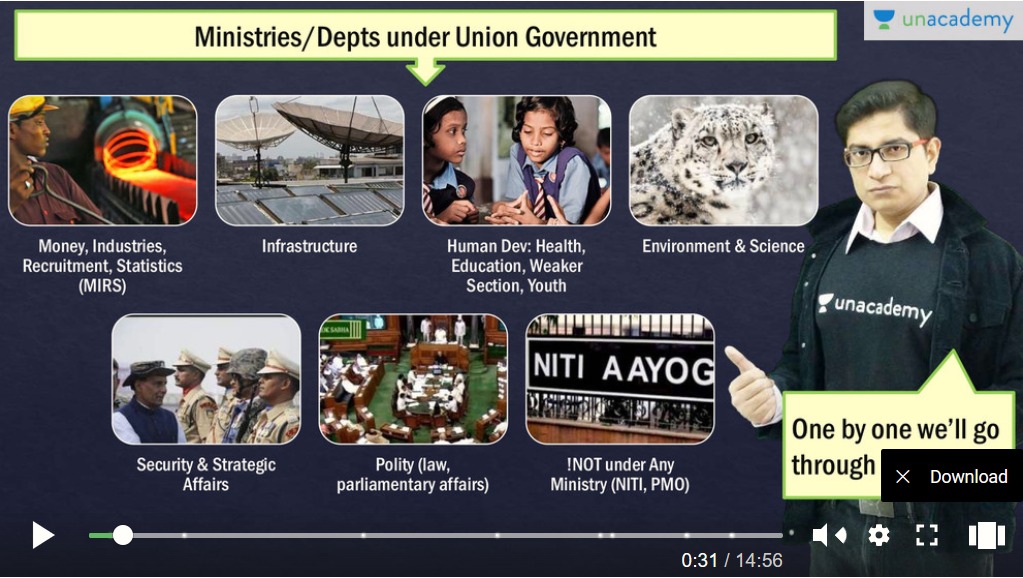 Block#7: Not under any Ministry

From the Next article, we’ll start with the Finance Ministry.