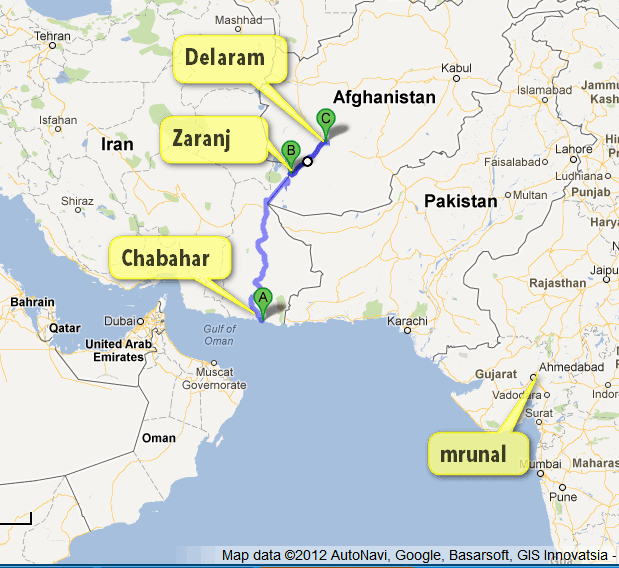 So far, all the roadway construction is finished.

India wished to access both Afghanistan and other central Asian nations (like Turkmenistan), through this Chabahar port, But the Chabahar port is not yet fully developed to handle the huge cargo to and from India.

All these years, India was requesting Iran to allow them to do some port Development on this port.

Well, now Indian Government fears that doing any investment in Iran= USA will be annoyed. So, India wants two things

But Afghanistan has changed the tone now, they’re not saying anything about the project (may be under secret US pressure.) They’re not keen on signing any such agreement or MoU or statement.

In short, India’s problem is how to calibrate the political signal it sends out at a time when the West is focused on making economic sanctions work effectively against Iran, especially when Afghanistan too has been reluctant given the issues involved. 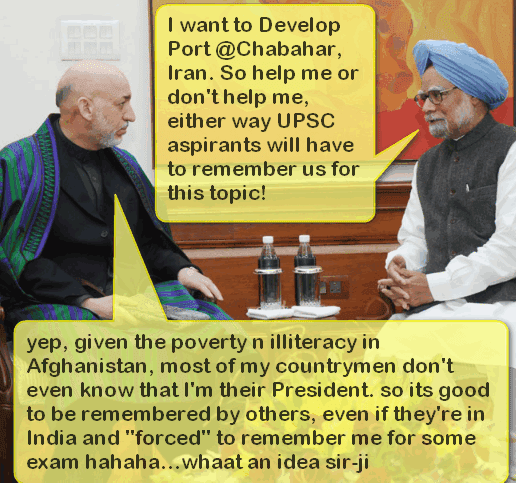