There was alliance agreement between British and Nepal King. Under which:

Since the beginning, India had supported Monarchy in Nepal, for two reasons

Under this assessment, India made a new Foreign Policy for Nepal in 2005. It involved

At the end of this series, we’ll see Why India’s Nepal policy=#EPICFAIL.

Now the (restored) Nepalese Parliament passes a law that

Finally at the end of 2006, Maoists sign a Comprehensive peace accord with Nepal Government, under which 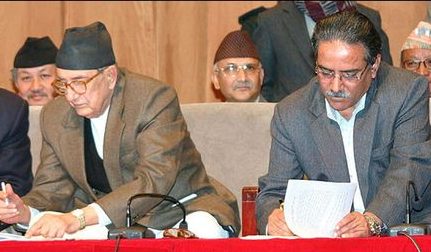 Now the question is

Why is there a political crisis/logjam/turmoil in Nepal?

Next question: why has Nepal Constituent Assembly failed to deliver result (=Constitution)?

The Constituent Assembly has failed to deliver a new Constitution for Nepal, because there is severe disagreement among various political parties.

So, first disagreement is “what should be the form of government.”

Now Supreme Court got angry, and passed the order “whether CA delivers a Constitution or not, it must be dissolved in May 2012.”
Ok wait, let’s recap

In the meantime, Prime Minister is changed four times during 2008 to 2011! How and why? 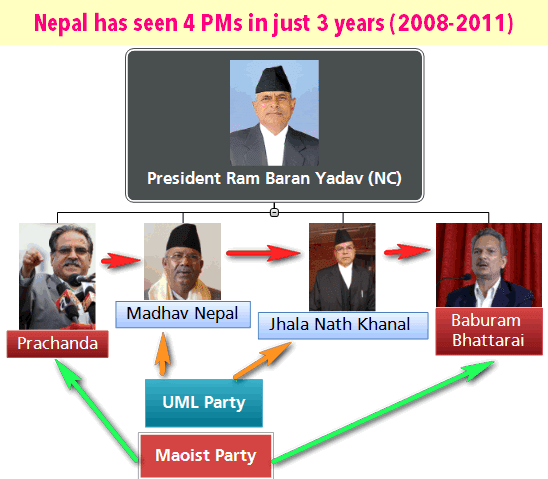 So ultimately Prachanda’s aim was to have a governance system where he could be the “main boss” and other organs of the State (army, judiciary, legislature) remain weak, just like President Hugo Chaves in Venezuela or Putin in Russia.
But Prachanda’s otherwise “awesome” plan was cut short in 2009. This concludes the first article. In the next two articles, we’ll see