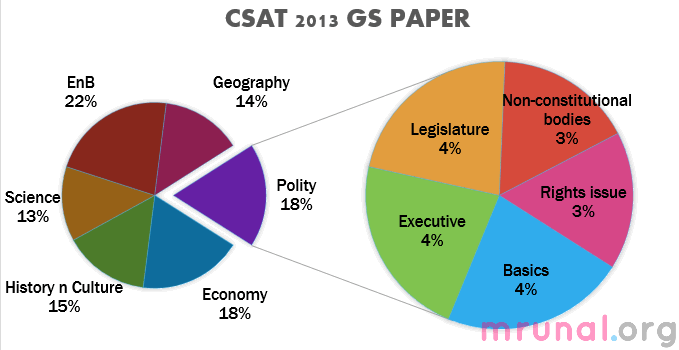 1. With reference to Indian History, the Members of the Constituent Assembly from the Provinces were

Laxmikanth Page 2.1 seats (in constitutional assembly) allocated to each British province were to be decided among the three principal communities – Muslims, Sikh and General. The representatives of each community were to be elected by the members of that community in the provincial legislative assembly and voting was to be done by the method of proportional representation by the means of single transferable vote

Hence answer is (C) elected by the provincial legislative assembly.

2. ‘Economic Justice’ the objectives of Constitution has been as one of the Indian provided in

DPSP Art. 38: To promote welfare of people by securing a social order permeated by justice-Social, economic and political- and to minimize the inequalities of income, status, facilities and opportunities.

Hence answer is (B)

3. According to the Constitution of India, which of the following are fundamental for the governance of the country?

Directive principles of state policy because they guide executive on how to govern.

An amendment of the Constitution can be initiated by introduction of a bill in either house of the Parliament.=> 1st statement is wrong.

If the bill seeks to amends the Federal provisions of the Constitution, it must also be ratified by the legislatures of half of the states by a simple majority.=>2nd statement is also wrong.

1. In the context of India, which of the following principles is/are implied institutionally in the parliamentary government?

Hence Statement 3 is incorrect. Any option involving #3 is wrong.

Laxmikanth Page 21.3 Article 75 clearly states that the Council of Minister is collectively responsible to the Lok Sabha => statement #1 is incorrect

Laxmikanth Page 21.3, Article 75 also contains principle of individual responsibility. It states that the ministers hold office during the pleasure of the president=> Statement #2 is correct.

Eliminate answer choices accordingly and thus we’re left with final answer (B) only 2 and 3.

By the way, Laxmikanth page 20.3: It is the duty of the Prime Minister to communicate to the president all decisions of councils of Minister relating to the administration of the affairs of union and proposal for legislation=> Statement #3 is also correct.

Attorney General of India can

He has the right to speak and to take part in the proceedings of both the Houses of Parliament or their joint sittings and in any committee of the Parliament of which he may be named a member, but without the right to vote.

4. Which one of the following statements is correct?

Laxmikanth Page number 24.5 The Constitution does not lay down any grounds upon which a governor may be removed by the president. Hence answer is (C)

1. The Parliament can make any law for whole or any part of India for implementing international treaties

Which of the statements given above is / are correct? `

Laxmikanth Page 22.11, Deputy chairman is elected by the Rajya Sabha itself, among its members=> Statement #1 is incorrect.

Laxmikanth Page 19.1, Vice President Subtopic: Election–>Bullet no.1  It (electoral college for VP)  consists of both elected and nominated members of parliament (in case of president only elected members) =>Statement #2 is correct.

Hence final answer (B) only 2.

4. What will follow if a Money Bill is substantially amended by the Rajya Sabha?

Laxmikanth page 22.33, Rajya Sabha cannot amend or reject a money bill. The Lok Sabha can either accept or reject all or any of recommendation of the Rajya Sabha. In both cases, the money bill is deemed to have passed by the two houses.

Hence answer is (A).

NDC is not an ‘organ’ of planning commission. It is an advisory body that approves the Five year plans=>statement 1 is false.

Laxmikanth page 30.10: voluntary provisions: devolution of powers and responsibilities upon panchayats to prepare plans for economic development and social justice.=> #3 is correct.

2. Who among the following constitute the National Development Council?

Composition of NDC given on page 45.1 of Laxmikanth.

Chairman Finance commission is not a member of NDC. Hence any option involving #2 is wrong.

3. Which of the following bodies does not/do not find mention in the Constitution?

1. The Government enacted the Panchayat Extension to Scheduled Areas (PESA) Act in 1996. Which one of the following is not identified as its objective?

2. Under the Scheduled Tribes and Other Traditional Forest Dwellers (Recognition of Forest Rights) Act, 2006, who shall be the authority to initiate the process for determining the nature and extent of individual or community forest rights or both?

Under the Forest Rights Act, 2006, the Gram Sabha has been assigned …..To initiate the process for determining the nature and extent of individual or community forest rights or both that may be given….