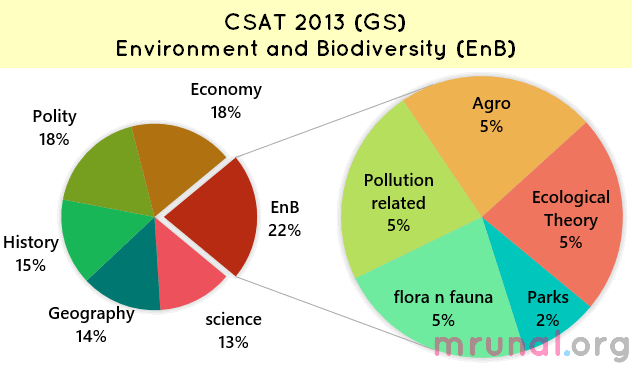 Which of the above pairs is/are correctly matched?

As per tourism website of Meghalaya government, Nokrek is the highest peak in Garo Hills.=>#1 is right.

If you observe the school atlas, Loktak lake and Barail range are away from eachother =>#2 is wrong.

2. Consider the following pairs about parks and rivers passing through them:

Which of the above pairs is/are correctly matched?

Ans: (D) None of the rivers flow through these Parks.

1. In which of the following States is lion-tailed macaque found in its natural habitat?

Lion Tailed Macaque had been in news because last year, IUCN took it off the list of World’s 25 Most Endangered Primates’ list.

As per: iucnredlist, this Macaque is found in India (Karnataka, Kerala, Tamil Nadu)

3. Consider the following fauna of India:

As per IUCN, 1, 2 are critically endangered. 3 is vulnerable. So (A) 1 and 2 only.
Some websites mention Swamp deer to be endangered but as per the official page on IUCN (click me) it is shown as vulnerable (that is one step less than endangered).
Update Jun-26-2014: UPSC uploaded official answerkey. Correct answer is: all of them. Hence for swamp deer is seems UPSC examiner used sarkari website data.

Which of the above found in India?

1, 2, and 3 are found in India if we refer iucnredlist.org

While spidermonkey lives in forests from southern Mexico through Central and South America to Brazil (Britannica) Hence answer (A) only 1,2 and 3.

Which of the above is/are mammal/mammals?

Mammal are animals in which the young are nourished with milk from special mammary glands of the mother.

1. Mycorrhizal biotechnology has been used in rehabilitating degraded sites because mycorrhiza enables the plants to

As per page 187-188 of Plant Biotechnology By Rita Singh,

Nostoc is a species of blue-green algae used as biofertilizer (TheHindu 2002 article).=>Hence #2 is correct.

As per Page 251 Biotechnology of Biofertilizers by Sadasivam Kannaiyan

…Although, the algae grow on their own in the rice fields, but all of them are not beneficial to crop. The green algae like Spirogyra compete with the crop for nutrient and reduce tilering in the crop.=> #3 is incorrect.

Agaricus is a mushroom, haven’t found reference for its use as biofertilizer. So answer (B) only 2 (or may be A hahaha)

3. Which of the following adds / add nitrogen to the soil?

NIOS EnB Chapter 5(Page 88): Nitrogenous Waste products of Living organisms such as urea and uric acid and dead remains of organisms are converted back to inorganic ammonia by the bacteria=>1 and 3 is correct.

4. Contour bunding is a method of soil conservation used in

As per the Indian Geography book by Khullar(Page 180)

Contour Bunding is associated with terracing, to check the flow of water on a hill slope in order to reduce soil erosion.

Contour bunding (or contour bundling), involves the placement of lines of stones along the natural rises of a landscape. It helps to capture and hold rainfall before it can become runoff. It also inhibits wind erosion by keeping the soil heavy and moist.

As per Human Geography: The Land By Pradeep Sharma

Terracing and contour bunding across the hill slops is a very effective and one of the oldest methods of soil conservation.….They divide hillslopes into numerous small slopes, checks the flow of water, promotes absorption of water by soil and saves soil from erosion.

from ^these references, we can conclude that contour bunding is associated with hill slops and meant for protecting soil from erosion by rainwater.

Hence answer is (D) none of above.

5. With reference to the usefulness of the by-products of sugar industry, which of the following statements is / are correct?

and I haven’t been able to dig any reference where molasses is used for production of chemical fertilizers.=>#2 is incorrect.

Thus we are left with answer (C)

1. Due to improper / indiscriminate disposal of old and used computers or their parts, which of the following are released into the environment as e-waste?

we are left with answer (B).

Another approach is looking @plutonium (#7), which is radioactive and hence not used in day to day computer/electronic items as such. Eliminate choices involving #7 and you’re still left with (B).

2. Which of the following can be found as pollutants in the drinking water in some parts of India?

Because uranium in ground water is indeed a problem in Punjab and leading to birth of mentally retarded children. Both Indianexpress and TheHindu have been highlighting this story.

So answer must contain uranium (#5). This eliminates option A.

Sorbitol (#2) used as artificial sweetener and laxative. Formaldehyde (#4) used in coating, laminating etc. Neither of them not as famous water pollutants as arsenic and fluoride.

3. Which one among the following industries is the maximum consumer of water in India?

4. Acid rain is caused by the pollution of environment by

5. Photochemical smog is a resultant of the reaction among

Answer is (A), as per the chemical equations given in NCERT Chemistry class 11, Chapter 14, Page 404

1. With reference to food chains in ecosystems, consider the following statements:

#1 is correct because food chain shows the “order / sequence” of feeding.

Food chains are not found within the populations of ‘a’ species, because technically, Food chain is the sequence of organisms through which the energy flows. If the species starts eating itself, then flow of energy will not proceed => 2 is wrong.

Food chain doesn’t show “numbers” of each organism eaten by others=> #3 is wrong. This eliminates (C)

Hence we are left with answer (A) only 1.

2. Which one of the following terms describes not only the physical space occupied by an organism, but also its functional role in the community of organisms?

3. With reference to the food chains in ecosystems, which of the following kinds of organism is / are known as decomposer organism/organisms?

4. In the grasslands, trees do not replace the grasses as a part of an ecological succession because of

Page55, A Textbook on Environmental Studies  By Dr. Rajan Misra

Secondary succession occurs in an area that became bare due to destruction of existing community by fire, draught, landslide, earthquake etc.

Although another interpretation/viewpoint/doubt could be that even after secondary succession, ultimately tree will replace grass under that succession- hence answer should be (D) None of Above.

But that (trees replacing grass) doesn’t always happen with grasslands:

5. Which one of the following is the correct sequence of ecosystems in the order of decreasing productivity?

Debatable choices depending on how you look at “productivity”?

Productivity is the rate of organic matter or biomass production. The productivity of an ecosystem is of two types: primary and secondary.

Now, according to one source http://kingfish.coastal.edu/biology/sgilman/770productivitynutrients.htm

On this line of logic, the answer choice (Descending order) should be : *** > *** > ***> oceans.
There is only one such option (C).
Besides, as per various sites, mangroves are highly ‘productive’. Hence C is the answer
some more references in favor of Answer (C)