Ok where were we?

On the other hand, African slaves offered following advantages:

Most of the slaves transported in the Atlantic slave trade were adult men. Why?

Who ran the slave trade?

It is the term used to describe the prosperous trading cycle across Atlantic as a result of Slave trade: Anyways, by the time Slave trade declined, the exploration of the interior of Africa had begun and preparations made by the European powers to impose another kind of slavery on the continent of Africa —for the direct conquest of almost entire Africa.

Colonization of Africa: The beginning

Initially the African coastal regions were largely in the hands of the old trading nations:

They had set up forts in those coastal regions.

There were only two places where the European rule extended deep into the interior.

Within a few years, however, a scramble for colonies begat and almost the entire continent had been cut up and divided among European powers. (Just like the ‘cutting’ of the Chinese watermelon).

All of them played significant respective roles in the conquest of Africa. (Discussed in first article)

Why Africa was easily conquered?

However, within a few years almost the entire continent was partitioned among various European imperialist countries. The Europeans occupied Africa at a much faster speed than they did in Asia. Why?

Whatever happens we have got,

The maxim-gun and they have not

The Scramble for Africa

Important: Before you proceed further, please click on following link to save certain Map files in your computer. And whenever a colony/country’s name comes you verify its location in those maps. (Otherwise everything will get mixed up by the time this article is over.)

In 1884-85, European States organized a Congress in Berlin to decide how to share out Africa among themselves. No African state was represented at this Congress. Treaties were signed between European powers to settle disputes over claims to African territories between themselves.

It will be easier to understand the conquest of Africa by European powers if we study it region by region. But remember that European occupation did not take place in the order described here: Rhodes became famous as a great philanthropist. He founded the ‘Rhodes scholarships’ in Oxford university. but first of all, he was a profiteer and empire-builder. He said

“Pure philanthropy is very well in its way, but philanthropy plus five per cent is a good deal better.’ Rhodes’ dream was to extend the British rule throughout the world, and he certainly succeeded in extending the British Empire in Africa. The British occupied Bechuanaland, Rhodesia, Swaziland and Basutoland.

Gandhi also served in Boer Wars (from British Side). He wrote in his autobiography

When the war was declared, my personal sympathies were all with the Boers, but my loyalty to the British rule drove me to participation with the British in that war. I felt that, if I demanded rights as a British citizen, it was also my duty, as such to participate in the defence of the British Empire. so I collected together as many comrades as possible, and with very great difficulty got their services accepted as an ambulance corps.

1920: During Khilafat movement, Gandhi returned the medals to Britain and wrote,

It is not without a pang that I return the Kaisar-i-Hind gold medal granted to me by your predecessor for my humanitarian work in South Africa, the Zulu War medal granted in South Africa for my services as officer in charge of the Indian volunteer ambulance corps in 1906 and the Boer War medal for my services as assistant superintendent of the Indian volunteer stretcher-bearer corps during the Boer War of 1899-1900. I venture to return these medals in pursuance of the scheme of non-cooperation inaugurated today in connection with the Khilafat movement. Valuable as these honours have been to me, I cannot wear them with an easy conscience so long as my Mussalman countrymen have to labour under a wrong done to their religious sentiment. Events that have happened during the past one month have confirmed me in the opinion that the Imperial Government have acted in the Khilafat matter in an unscrupulous, immoral and unjust manner and have been moving from wrong to wrong in order to defend their immorality. I can retain neither respect nor affection for such a Government. 1914: first World War start. 1919: Treaty of Versailles signed and defeated Germany had to handover her colonies to the victors. let’s recall our table Both France and England wanted to control Tunisia. But they don’t go for war, they make an agreement.

By 1914 cotton
constituted 43 per cent of agricultural output. It accounted for 85 per cent of exports in
1913. Being a single crop economy was disastrous as Egypt became dependent on
imports for her essential food supply.

first let’s check the timeline of African Colonization only 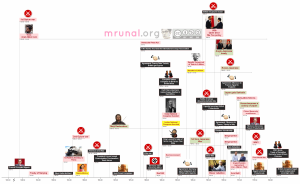 What was the contribution of following in the scramble for Africa (2 marks each?)