Better we start by defining the term ‘Decolonization’, and then giving its ‘origin’ in Malay. 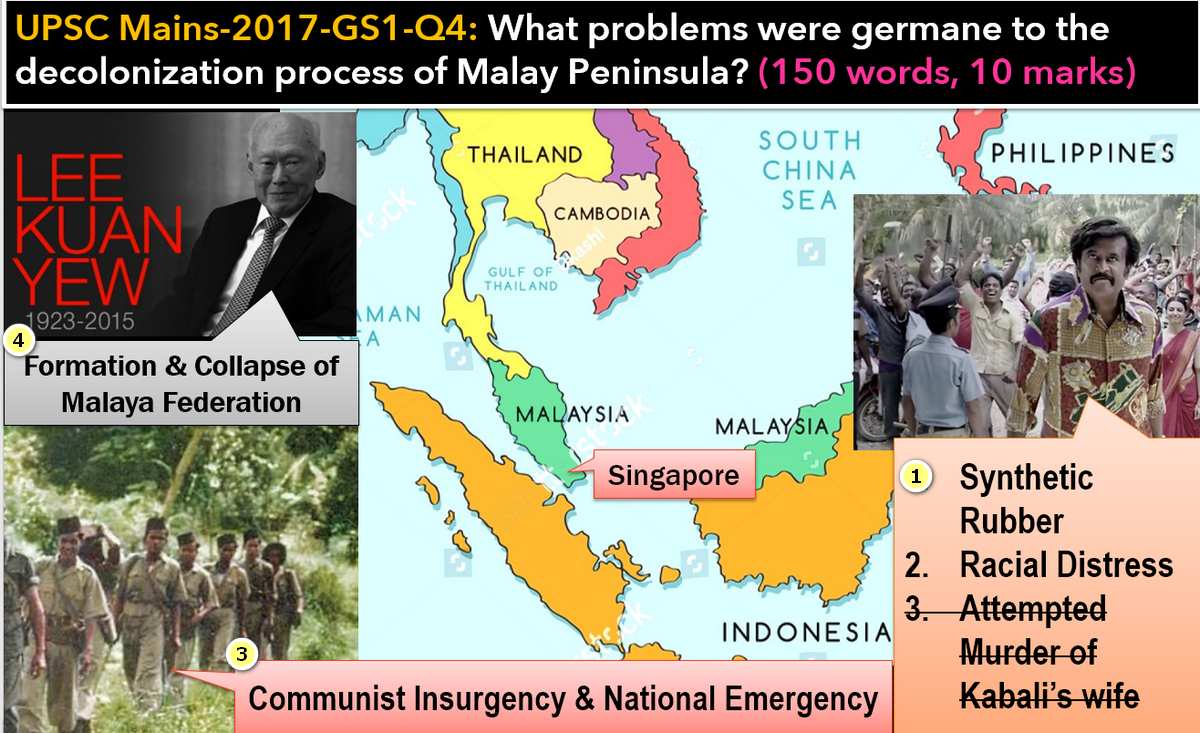 Despite so many problems, these Pokemons have developed because they adopted Washington consensus model and practiced democracy only for namesake. Only India is such Pikachu that is not evolving into Raichu :-( said Economic Survey 2016-17.

Therefore, government of Malaysia lacked the fiscal resources to carry out developmental activities.

IF you don’t have sufficient content to fill up 150 words, then you could explain above issues in more verbose manner like “how plantation owners were suffering losses, hence Government did not earn enough tax revenue, therefore developmental agendas and election promises could not be carried out in letter and spirits etc. etc.”

Malay Communist insurgency had started before independence, but then they offered ceasefire, retreted in Thailand, again rearmed blah blah blah…but given the word limit, I can’t do ball by ball commentary, besides we’re not preparing for Malaysia’s MPSC or Thailand’s TPSC, so no point in digging their history any deeper.

Body#3: Federation and its collapse

Since this is a 150 words question, (and we don’t have much content to build the body), so it’s not possible to frame a thought provoking conclusion. We can simply conclude by summarizing the points we discussed in the body.
To conclude, poverty removal, economic development, racial integration, communist insurgency and merger of Singapore were the prominent challenges germane with the decolonization of Malay peninsula.