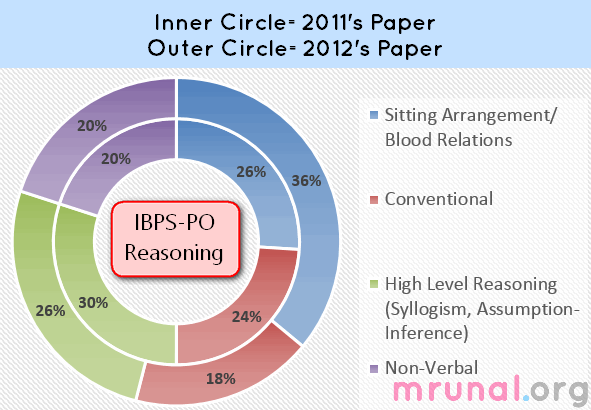 Because in both years, nearly ~40 out of 50 reasoning questions came from these three areas only. Then the only question is how to approach these areas efficiently within given time.

Here, they’ll give you a big paragraph describing

Then you’ll have to solve 5-7 questions based on the description.

Practice is essential because

The same “arrangement” question can be asked in data sufficiency format as well.

Instruction: For the following Q1 to Q4, answercodes are

Question Statements (for Q1 and Q2):

Question Statements (for Q3 and Q4)

In LIC, SSC, ACIO type exams, under the reasoning section, you definitely find direct questions on

But in IBPS, they try to increase the complexity by asking same topics from data-sufficiency point of view.

That way, you’ll figure out, what statements are essential to answer a given data-sufficiency problem.

Instruction: Each of the questions below consists of a question and three statements numbered I, II and III given below it. You have to decide whether the data provided in the statements are sufficient to answer the question.