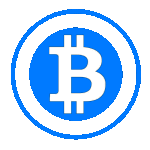 In the previous article (Part I), we evaluated Barter-Money-Bitcoin systems on four parameters:

Let’s continue further, what are the limitation of bartering system? Why did people shift to money system and how does Bitcoin fare on those parameters?

So far, money system is better than barter system, for storing the ‘value’ of your labour.

But the Main problem: Inflation erodes the value stored in money. For example:

Bitcoins are created by a mathematical algorithm, total amount of Bitcoins is finite (~21 million Bitcoins). Nobody can overprint Bitcoins beyond that.

It is possible to store value of your labour in Bitcoins e.g. IT Professional makes new software for American businessman and gets paid in Bitcoins. But…

And there comes the problem: the exchange rate between Bitcoin vs. fiat currency

Continuing with the original discussion: what were the limitations of barter system, that made people switch to money system?

Money system solves this problem through “Circular flow of Income”

What is Circular flow of income? 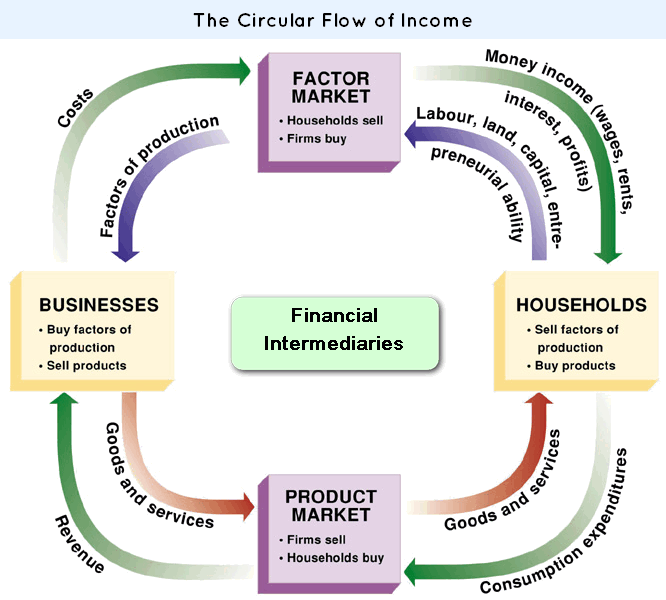 Thus the money system and circular flow of income leads to more jobs, more business, and more economic growth. This is not possible under barter system.

In theory, Bitcoins savings can also turn into investment and thus the whole ‘circular flow of (Bitcoin) income =possible. But it is full of problem at the moment:-

“Bitcoin is a specific virtual merchandise, which does not have the same legal status as currency, and cannot and should not be used as currency in circulation in the market.”

Overall, these things are yet to pick up the momentum similar to a rupee or dollar based sharemarket and mutual investment funds.

However in a futuristic society, there may be financial intermediaries owned and operated by Artificial intelligence (AI) outside the control of government and if Bitcoin is accepted as global currency, then perhaps Bitcoin savings could really turn into a decent investment.

Money system solves these problems. You can express value of each and every item- no matter how big or small -in terms of rupees/dollars/euros= thus, account keeping is easy as pie.

Account keeping easier in Bitcoin system than in Money system because,

In the barter system, buying/selling/trade can happen only when two parties want each other’s stuff. So, to increase the chances of this ‘double coincidence of wants’, people only produce goods/services that are likely to be “wanted” by a larger population.

Bitcoin will promote product specialization to a whole new level of ‘smart’ products.

Possibilities are limitless but let’s update our table.

Deferred payment = you get the goods/ services right now, but pay for them in future. Example- Monthly bill of newspaper, electricity, telephones.

This is difficult under Barter system.

Thus, it is very difficult to make deferred payments under barter system because:

All this makes credit / lending / borrowing / deferred payments =almost impossible in bartering economy except a few basic contracts like farmer borrows from money lender and agrees to give a part in the wheat produced.

But the advanced contracts on wages, salaries, interests, rents, and other prices extending over a period of time= again mission impossible in a barter system.

Money system makes it possible because:

So, why is she offering this ‘loss making’ proposition. Why is she ready to accept 9500 right now rather than waiting for 10000 at the end of one year? The answer is: time value of money.

*under fixed deposits, Indian banks usually give compound interest rate at each quarter i.e. 9% is paid @every 3 months.

At present, it is difficult to estimate the time value of Bitcoin because

But in a futuristic society, when more real-life trustworthy financial intermediaries accept Bitcoins as a currency, then it’ll be possible to predict the time value of Bitcoins.

As such, the Bitcoin system enables more ‘smarter’ contracts because of computer programing.

You can have conditional-scripting capabilities. e.g. “IF Event “A” happens, Pay “B” number of Bitcoins to Mr.”C”’s digital wallet on “D” date at HH:MM:ss time..”.

Thus, it possible to create smart contracts and deferred payments based on Bitcoin transactions. Future applications are numerous for example:

Counter argument: what if a person hacks/tempers the set-top box so even if he watches for 100 hours, the chip will say on 10 hours watched? (Counter-counter argument: what if someone puts a gun on his head and orders him to take out all money from ATM? Just because there is a possibility of misuse doesn’t mean technology shouldn’t be used.)

Assertion reasoning instructions: Each of the following questions contain a set of Assertion (A) and Reasoning (R) statements. Answer codes are as following:

Q7. IF _______, then it’d would facilitate the circular flow of income through Bitcoins.

Q8. Which of the following, make(s) Bitcoins a superior system than Indian Rupee system

Q9. What do you understand by the term “Time Value of Money”?

Assume that interest rate is 7% compounded annually, which of the following is a better deal?

For more on Economy, Visit Mrunal.org/Economy