April 2014: back in the business, starting with Geography. Total three parts article-series 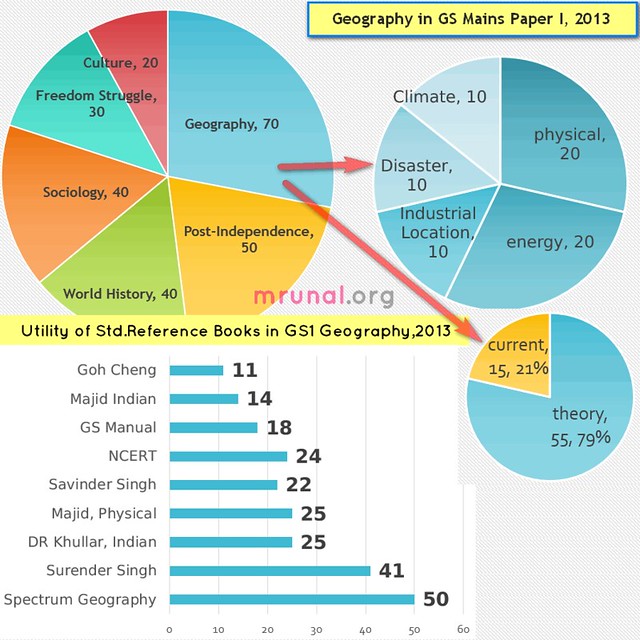 Was it Geography (Optional) friendly?

In other words, was this a Back-BreakingTM section for Non-geography candidates? Answer is both YES and No depending on how you interpret. Following questions were repeatedly asked in previous papers of geography optional subject:

BUT if you look at the nature of question, most of them are not falling from sky- where only Geography optional candidate can solve it and other people cannot.

^the purpose of this discussion: Coaching walla usually try to brainwash new players that “you should only take Geography optional because __ marks worth GS-question came from geography only.” Same sales-pitch goes in Public Administration, sociology, political science, even anthropology. Please don’t pick optional subjects on the sole criteria of “how much does it help in GS?” Every optional has its own headache, called “scaling system”.

How difficult was the Geography section in Mains 2013?

In real life- entire paper can be said tough- because this was the first time UPSC ordered the aspirants to write 100-200 words on everything. 5000 words in three hours is no child’s play. But still for the purpose of theoretical discussion: A question can be said ‘easy’, if

Questions “came” from where?

Which Geography Book to use for Mains 2014

As such there is no single book where everything is given slim and trim without bogging down the reader with “Exhautive” coverage from geography optional.
Spectrum or Surender (TMH) seem more beneficial (Atleast statistically) because they were written as guide books for geography optionals.
Same situation was happening with Krishna Reddy’s book in Indian History/Culture answerkey, but there I could find thinner and cheaper jugaad (=TN state books, ). Unfortunatly, same case not happening here.

Continental Drift theory has been asked in previous Geography optional papers of 1980, 1996, 2000, 2007. Although answer is not “unsolvable” because topic is given entirely in Class11 NCERT.

Sources: Any book on physical geography will contain the topic on continental drift. For example

First, Let’s understand the topic, then we prepare answer.

Question demands two answers: 1) what is the theory? 2) What are the evidences? 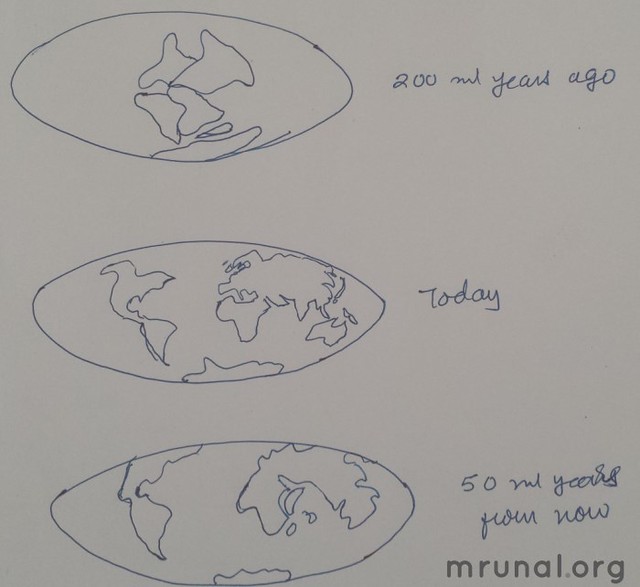 Q. Major hot desert in northern hemisphere are located between 20-30 deg N latitude and on western side of the continents. Why? (10m | 200 words)

Ok now let’s check which rainfall can occur in 20-30N?

Q. Major hot desert in northern hemisphere are located between 20-30 deg N latitude and on western side of the continents. Why?  (10m | 200 words)

Fig. Hot Deserts Across the world

[Physical 3] Why no Delta in Western Ghats

Sources (although none gives verbatim answer- points are scattered around):

A river has 3 stages of channel development:

The landform created by the sediments deposited by the river at its mouth is called Delta.

What about rivers of Western Ghat?

Delta is a landform created by sediments of large rivers at its mouth.

Unlike, Himalayan rivers, rivers originate from Western Ghats do not form Deltas because: