How much money does BRICS bank have?

It is meant to help member nations fight against Balance of Payment crisis (possible because of Fed Tapering click me to know more.)

Old topic from April 2014. Shifting it here for better revision.
Topic was in news because G-20 countries gave an ultimatum to USA to bring reforms in IMF.
Q. Examine the need for reforms in International Monetary Fund (IMF). What will India gain from this? (200 words)
IMF was born from Bretton Woods conference to stabilize currency exchange rates and help members during Balance of Payment Crisis. But given its unequal voting power mechanism, IMF doesn’t always serve the interests of poor & developing countries, hence requires two set of reforms: 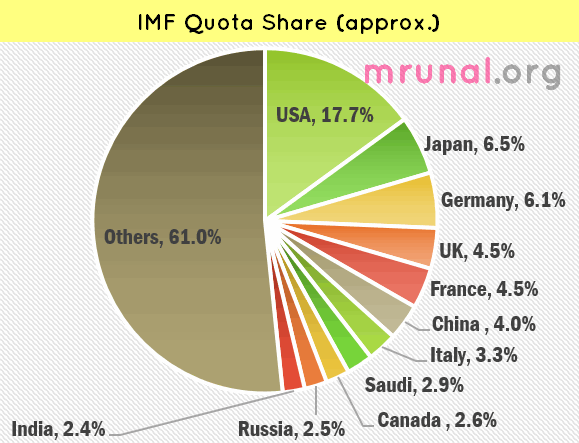