So far, we learned

Volatility in Forex market: Why should Rajan intervene?

There are two types of exchange rate regimes 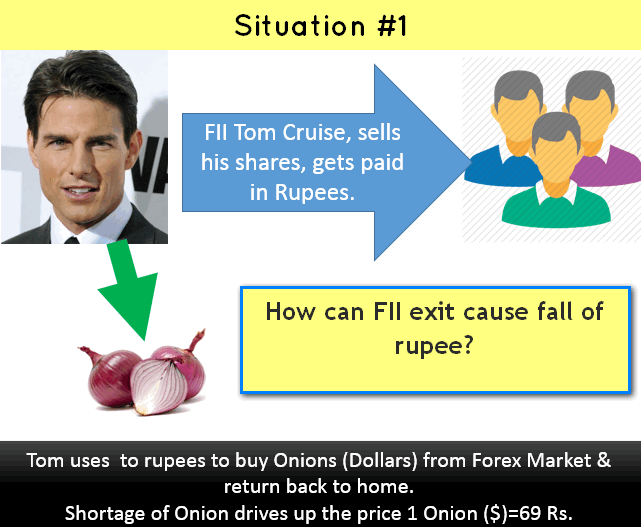 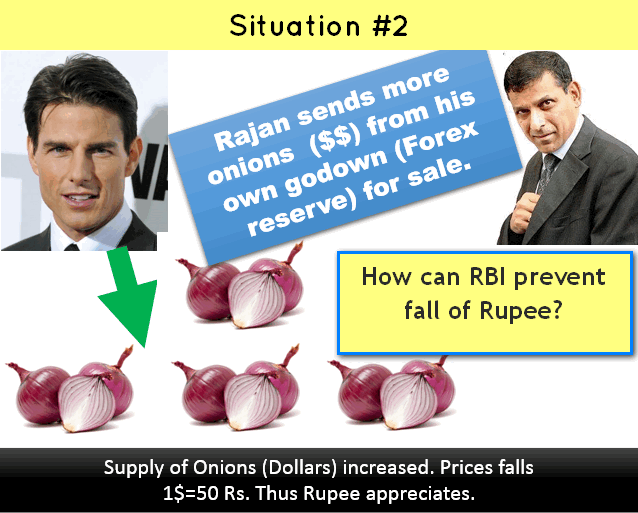 MEANING, IF Rajan wants to immunize Indian economy against the bad effects of FED TAPERING (=Exchange rate volatility and BoP crisis), then 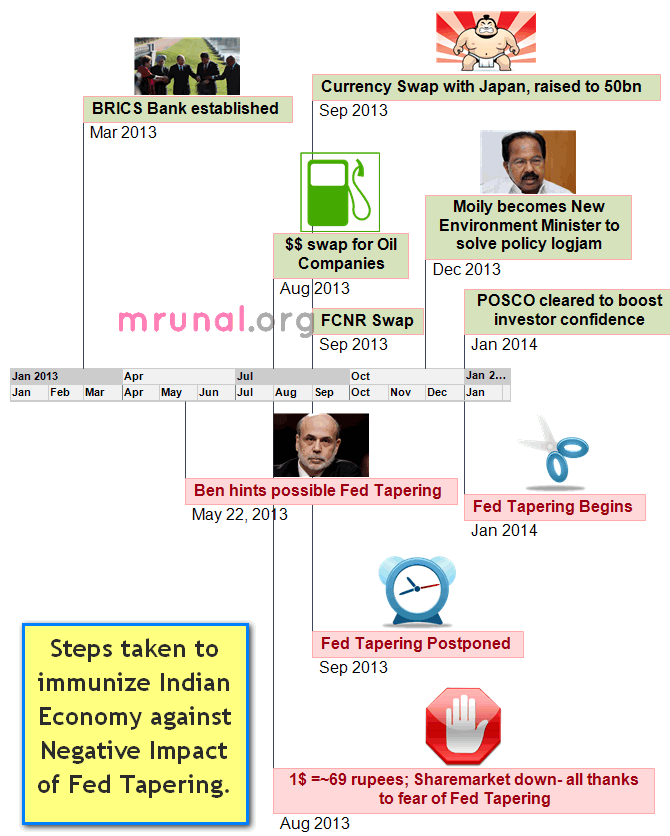 Ok but where did these 100 billion dollar came from? 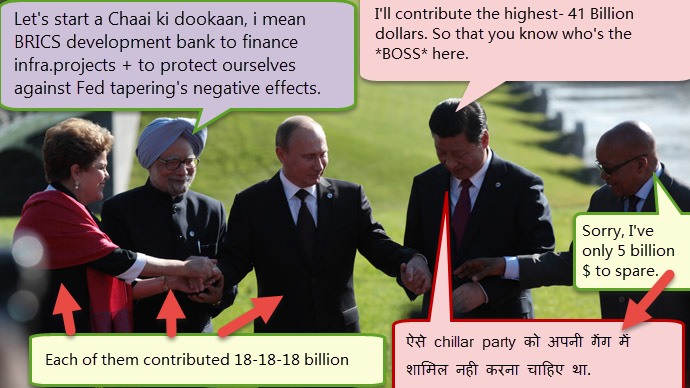 Limitation: will start operating from 2015. 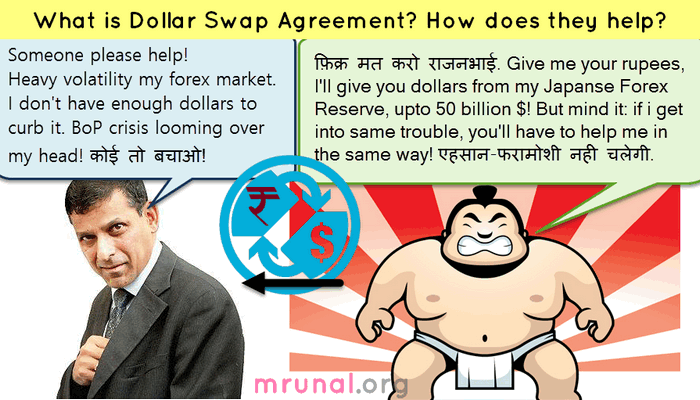 Mechanism is similar to currency swap:

How does dollar swap help?

How does it help?

More points can added on what steps were taken to immunize India economy against fed tapering. But at max, the aukaat of this topic is two hundred words in GS2 / GS3. For that, I think we’ve gathered sufficient points. Economy is not about ball by ball commentary or Ph.D

Fed tapering is the gradual reduction in the bond purchase program of US Federal Reserve. This will reduce the dollar supply in the system, and hence will have consequences for every economy, including Indian.

Overall, our forex reserves are large enough and fundamentals of economy are strong. Hence the fears about negative consequences of Fed tapering are unfounded.

Q1. Quantitative Easing was a special method adopted by US Federal reserve to

Q2. Under Fed Tapering program, US Federal reserve will

Q4. HAD India started quantitative easing program instead of USA. Then what could have happened?

Q5. HAD India started Fed Tapering program instead of USA. Then what could have happened?

Q6. Which of the following can be considered an example of Quantitative Easing in India?

Q8. If there is only ONE country in the whole world, and its central bank initiates quantitative easing, what will be the consequence?

Q9. Under the recently concluded “Currency Swap Agreement” between Japan and India.