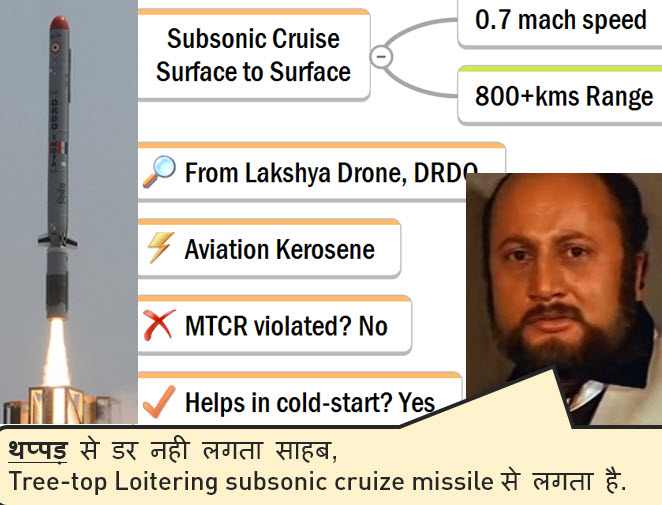 GS4: should Dada Thakur obliterate Dr.Dang using Nirbhay missile or take him to court of law?

Because of all these features, missile is aptly named “Nirbhay” -sanskrit word for “Fearless”.

What is Cold start doctrine?

Moral of the story:

Anyways, back to the original topic:

Thus, Nirbhay will be a “force Multiplier” for India’s Cold Start Doctrine. Although Nirbhay alone is insufficient, we need modernization in other areas as well.

What is the Purpose of MTCR?

CSAT MCQ: Which of the following statements are incorrect?

Mains answer following in 200 words each