As a topic, Metro rail policy and its investment models, is more relevant for descriptive exams rather than objective (MCQ) exams. Hence I’ve put this under the ‘art of answer writing’ category, instead of the traditional ‘economy’.

Answer the following questions in 200 words each:

Why Investment Banking Ph.D is unnecessary? 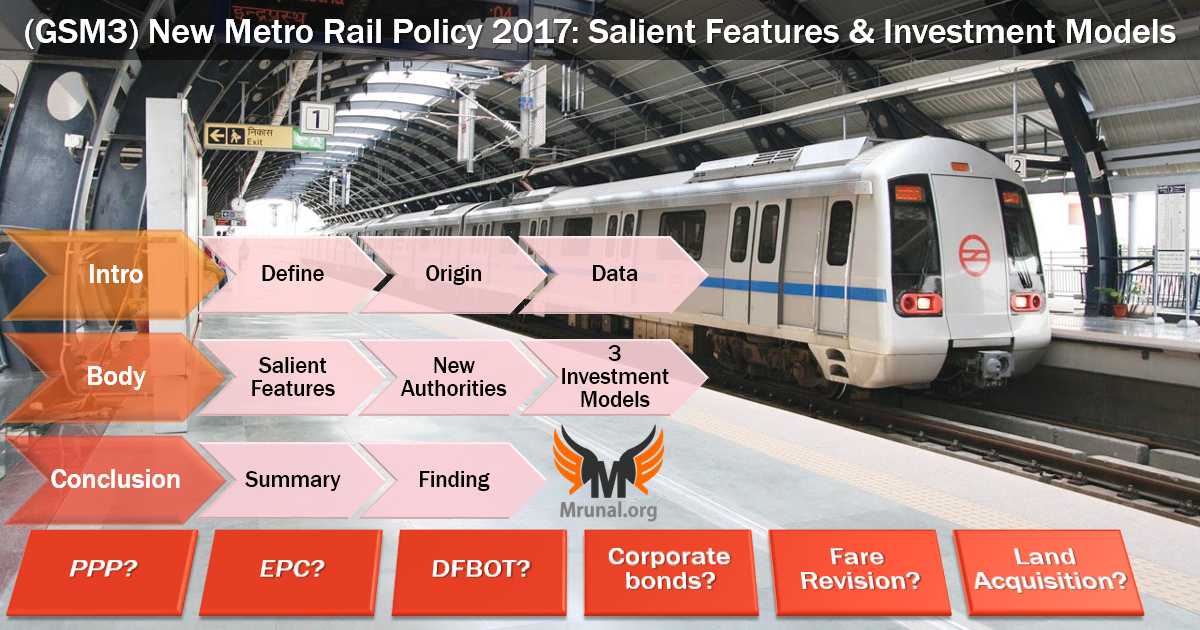 So, let’s begin by preparing….

Introduction for all questions

Q. Discuss the need for developing metro trains in India, and throw a light on the major provisions of National Metro Rail Policy 2017. (200 words)

Body#1: Do we need Metro rails in India?

The new policy recognizes the aforementioned constrains and opportunities. Therefore, to ensure that metro projects are not launched in haste or mere populism or mere ribbon cutting, the policy has following preconditions before approving a metro project:

[In this particular question, we need to elaborate more on the investment models, UPSC gives fixed space answersheet.]

Question: Critically examine the suitability of PPP vs. EPC for the metro train projects, and enumerate the investment models proposed in the new metro train policy of India in this context. (200 words)

Question: Evaluate the investment models proposed in the new metro rail policy 2017 in context of urban transformation and innovation. (200 words)

In the previous three answers, I’ve given sufficient building blocks. You should be able to construct these two answers on your own.

Due to paucity of time, I’ll only provide a framework and key terms. Besides, the English points are simple enough for you to translate. Consider it as a practice of the qualifying compulsory English language paper in the Mains.