Q3. Why did the ‘Moderates’ fail to carry conviction with the nation about their proclaimed ideology and political goals by the end of the nineteenth century? (150 words, 10 marks asked in UPSC Mains GS1-2017)

First, let’s break down the words:

We should give both definition as well as ‘origin’ of moderates, because Nature of this question demands both. Observe:

^*^ Observe that I’ve not written ‘group of Indians’, because A.O. Hume was also involved. I could start by writing “British civil servant A.O. Hume and a group of Indians”- IF I wanted to fill up the page with more words. But since this is an easy question, such padding is unnecessary.

Body#1: Proclaimed ideology and political goals of the Moderates:

Moderates didnot want a clinical separation from the British empire. They wanted only limited self-government within the imperial framework. Some of their specific demands were:

Like CSAT-II they were biased towards English medium engineers (!)

This much content is more than sufficient to fill even 250 words or even 1200 words essay. 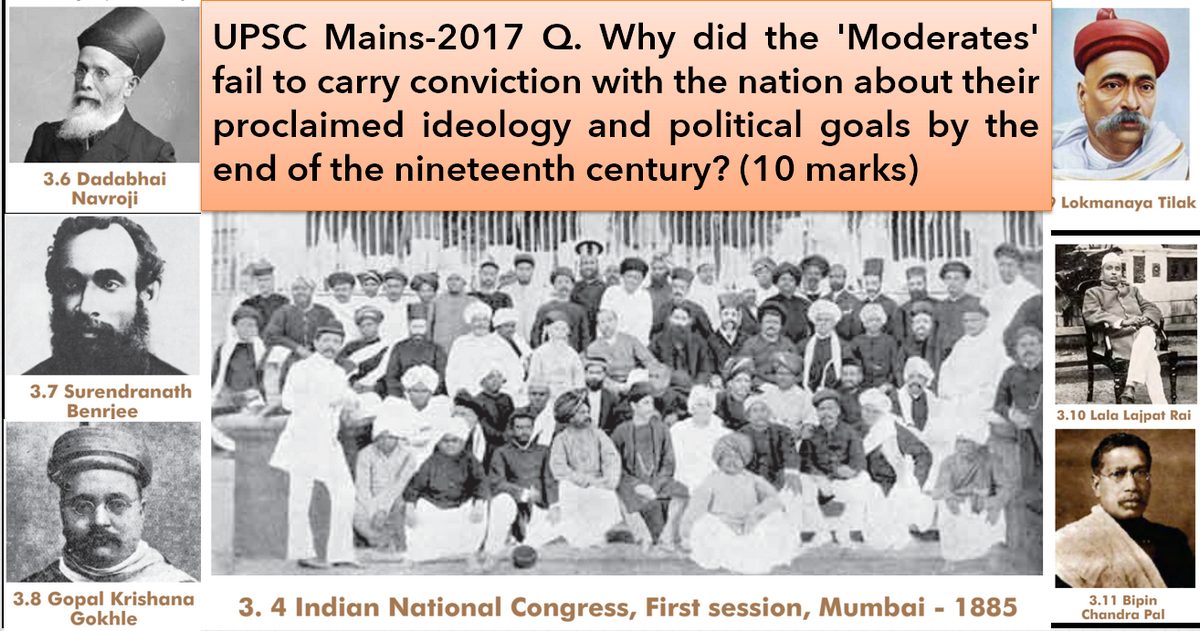 Do you know who among these were moderates?

Given their own peculiar socio-economic profile, political agendas and communication methods – the Moderates couldn’t convince all among the religious minorities, backward communities, peasants and rural youth that their lofty ideology will lead to betterment of every Indian’s life. Hence their movement couldn’t resonate with ordinary masses.
You may write more conclusions in the comments below!