Q. Clarify how mid-eighteenth century India was beset with the spectre of a fragmented polity. (150 words, 10 marks, GSM1-2017)
Question is not out of syllabus. it was asked in UPSC Mains 2017 because UPSC notification itself mentions “Mid-18th century – Present (significant events, personalities, issues)” as a syllabus topic in General Studies Paper-1. First, let’s breakdown the words of the question:

Best way to open this answer is with ‘origin’. It asks about ‘fragmented polity’ so better we start origin from a point when India had a ‘centralized polity’. 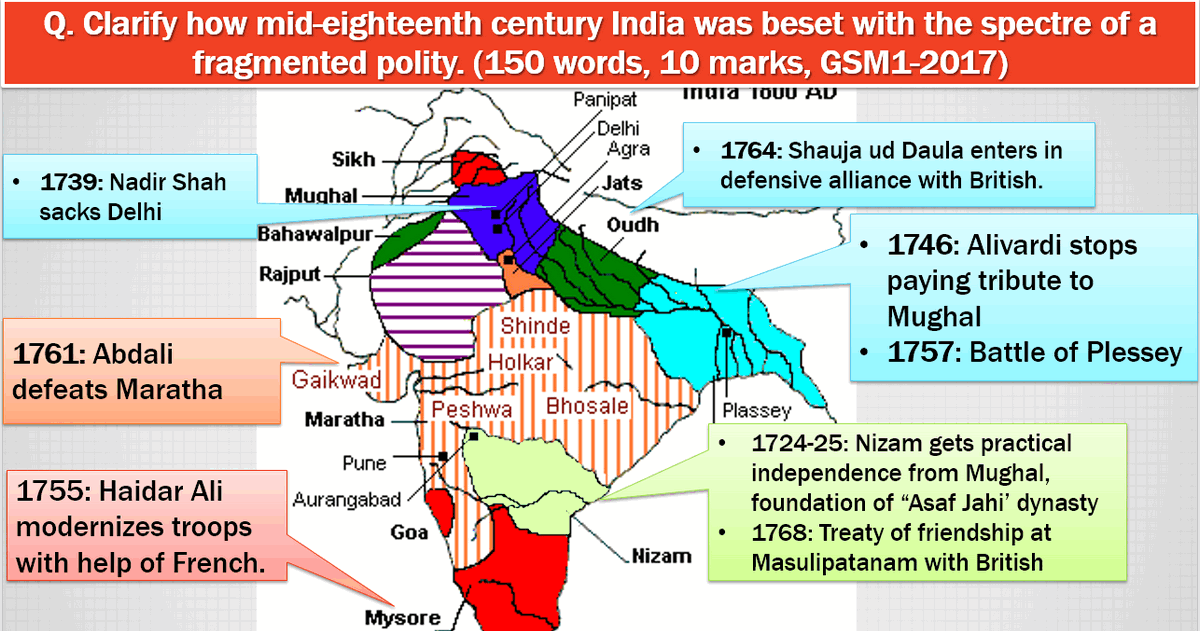 If there was no fragmented Polity then entire map would have been in single color only!

Body#2: Fragmented Polity in Deccan and the South

Body#3: Why it was a ghastly spectre?

This is almost 900 words answer, but in real exam, you can’t recall all points, so automatically it’ll compress down to 150 words.