Q. The Bhima-Koregaon battle was fought between _ _ _ ?

HINT: Koregaon village on the banks of Bhima river near Pune. On January 1, 1818 East India company including soldiers of the Mahar community fought against the army of Peshwa Bajirao II. Topic is in news because 2018 marks 200 years of this event, and Maratha and Dalit communities have clashed over celebration of this event in Maharashtra. Speaking of notable Maratha wars for competitive exams:

The sanitized “New NCERTs” tend to ignore most of the battles and violence in history. But for Non-IAS exams, such GK is sometimes asked. For this purpose, You may refer to Tamilnadu’s Class 11 and 12 History textbooks (available in English). Click me for Free Download.

HINT: Topic is in news because demands of separate statehood for Kolhan. Sir Thomas Wilkinson was the British agent responsible for Kolhan region in Wester Singhbhum / Jharkhand.

Q. On 31/12/2017, a draft National Register of Citizens (NRC) was published in India. Find correct statement(s) about it:

HINT: The overall superintendence, direction and control of the updation of National Register of Citizens are vested with the Registrar General of India. Assam was the only state to prepare an NRC way back in 1951 during post-Partition migration problem. 2005: SC ordered government to update NRC and publish atleast first draft by 31/12/2017. To get your name in NRC of Assam, you’ve link yourself to a family member whose name had appeared either in the NRC of 1951, or to any of the Assam’s electoral rolls prepared till 1971. So, having Aadhar card give your no automatic privilege in NRC.

Q. What was the objective of “Assam Accord” which was signed during the era of PM Rajiv Gandhi?

HINT: Topic in news due to release of draft National Register of Citizens (NRC). In 1985, Assam Accord was signed between Government of India and the representatives of Assam Movement, with following provisions:

Q. Government of India has permitted Muslim women to go on Haj-pilgrimage without “Mehram”. What is the meaning of this word?

HINT: Under this reform, Indian Muslim women pilgrims over the age of 45 can undertake the Haj pilgrimage in groups of at least four. They don’t need to be accompanied by their husband or first blood male relative or male guardian.

Q. Under the Child and adolescent labour (prohibition and regulation) act 1986:

HINT: For faster revision, both statements are correct. Topic in news because Nobel laureate Kailash Satyarthi has urged UN Secretary General Antonio Guterres to summon a high-level meeting of the various UN bodies to achieve the global commitment of eradication of child labour by 2025.

HINT: Electoral bonds were announced in Budget-2017- Watch my video. All statements are correct for faster revision. I could split above factoids into 10 MCQs to drag the [T25] series and to milk daily pageviews, like Director Asit Modi is doing in the TV Show Tarak Mehta ka Oolta Chashma. But then it’ll be a disservice to the aspirants.

Q. Find correct pair(s) of interlocutors appointed by the Government of India

HINT: Topic is in news because ULFA interlocutor announced in 208-January. All pairs are correctly matched for faster revision, although these type of MCQs are more relevant for CAPF and ACIO exams, than for IAS exam. However, those giving IPS as ‘first preference’ in their DAF can have few more points to justify in interview. Although, don’t fall in the trap question that IPS is automatically the best candidate for NSA job. Read my interview tips for more on this!

Q. Who among the following decides the interest rates on small savings schemes in India?

Q. Which among the following has become the first gulf-country to introduce Value Added Tax (VAT) from 1/1/2018?

HINT: Bahrain, Kuwait, Oman, and Qatar have delayed the plans to introduce VAT till 2019. But, Saudi Arabia and the United Arab Emirates have introduced VAT from 1/1/2018. Saudi Arabia had been a “tax-free” country which financed its budget and welfare programs mostly using oil exports. But given the fall in crude oil prices viz a viz rising public debt, they decided to introduced VAT.

HINT: Platform for Effective Enforcement for No Child Labour (PENCIL: pencil.gov.in) Portal was launched in September 2017 by Ministry of labour ministry and employment. Complaints about child-labour can be filled on this portal. In the name of faster revision, I can’t put correct statements all the time!

Q. Match the following projects meant for bringing down the digital divide in India

HINT: For faster revision, I’ve kept all pairs correctly matched. Topic in news because Andhra Pradesh project inaugurated in 2017-December by the President of India. From the earlier rounds of [T25], you should also remember that Project DARPAN = Rural post offices, UMANG app is for various government services.

HINT: All pairs are correctly matched. Bhavantar Bhugtan Yojana is in news because after loss of seats in Gujarat Vidhan Sabha election due to farmers’ discontent, Modi thinking of launching this type of scheme at all India level in Budget-2018. Even NITI Ayog’s 3 year document proposed similar concept called Price Deficiency Payment (PDP)- Read my summary for more. While State schemes are usually not asked in UPSC prelims but for Mains-GSM2 and interview, you need to keep abreast with a few state schemes to illustrate cooperative federalism / competitive federalism and how states are coming with their unique schemes thanks to greater devolution under 14th Finance Commission.

HINT: For Prelim-2018, one should be prepared with current affairs atleast upto last one calendar year i.e. January 2017 onwards. This topic was in news during 2017-May. Lohit river is a tributary of the Brahmaputra. The said bridge connects Assam (Dhola village & Sadia town) to eastern Arunachal Pradesh. Bandra-Worli sea link in Mumbai (3.55 kms) is now India’s second largest river bridge.

Q. Ghogha-Dahej RO-RO ferry service is first of its kind project in entire South Asia to transport men and vehicles using ferry boats. Which two places does it connect?

HINT: It connects Ghogha (Bhavnagar district in Saurashtra region) to Dahej in (Bharuch district in Southern Gujarat) over the gulf of Cambay / Khambhat. PM Modi Inaugurated in 2017-October. Another associated project with this same region is “Kalpsar project” which aims to build dam and road connecting these two places.

HINT: The highest award Prof. Bose got was Padma Vibhushan. On a related note: Mathematician Srinivasa Ramanujan: 22 / 12 / 2012 marked 125th birth anniversary, “The man who knew infinity” is a movie based on Ramanujan’s life, who was born in Tamilnadu, and was contemporary of English mathematician GH Hardy. “The Imitation Game” is the biographic movie on the life of British mathematician Alan Turing who decrypted Nazi Enigma codes using a prototype of modern computer, hence Turing is called Father of Computers. Every BE/MCA should memorize these 3-4 scientists, associated movies and theories for the graduation based questions during interviews. Read this compilation for more.

Q. Which of the following is known as the “Fifth State” of matter?

HINT: HPV Cervical cancer is growing menace in rural India due to low sanitation and hygiene. HPV viruses cause penile cancer in men, and cervical cancer in women. HPV vaccine is given to girls aged 9-13 years, before they become sexually active. While Punjab and Delhi Government already begun this exercise, but one Swadesh Jagran Manch group has recommended PM Modi not to launch it at all India level, because the said vaccines made by foreign companies are ineffective against preventing HPV cancer. 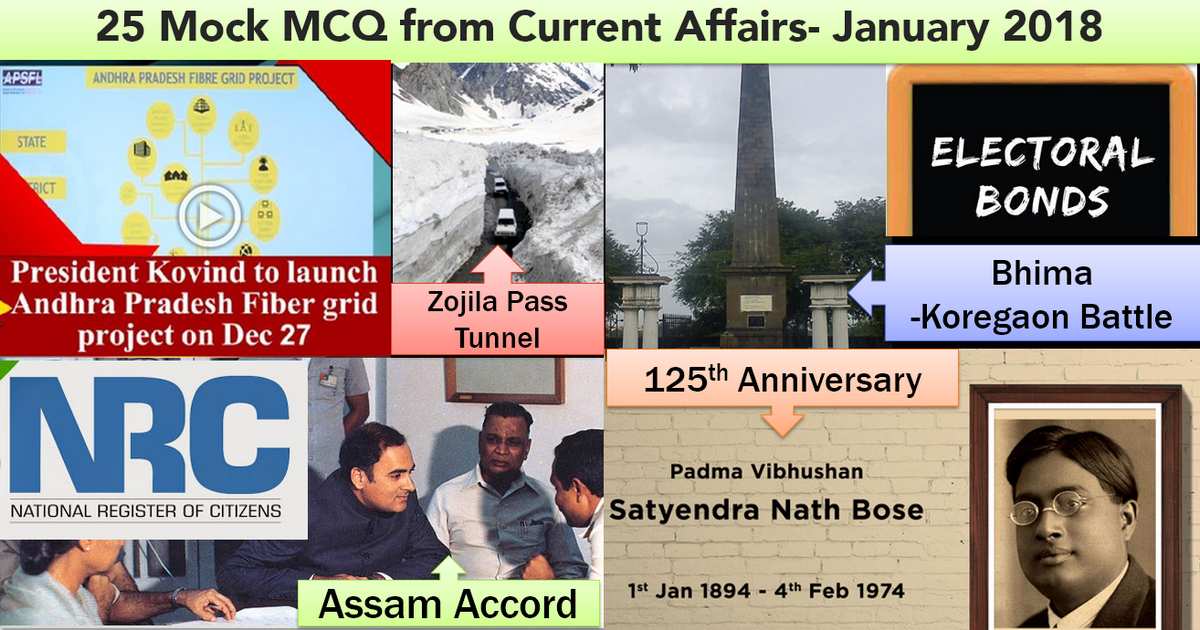 Q. Who among the following has won the World rapid chess championship held at Riyadh, Saudi Arabia in 2017- December?

HINT: ‘Sultan’ is a movie about an aged wrestler returning to the ring to redeem himself wearing a tiny black-chaddi which will be worn again by his younger brother in a TV serial on Gama Pehlwan to save production costs. If they were to make a similar biopic on V.Anand, this Riyadh tournament could be used as the climax. Premature to comment whether V.Gujarathi or P.Harikrishna have the capacity to fill in Anand’s shoes, or trousers.

HINT: Indian Science Congress Association (ISCA) organizes the ISC. Originally they had planned 2018’s event at Osmania University, Hyderabad. But due to the fear of student-unrest, they decided to shift it to Manipur. Department of Science Technology organizes Children congress- and it was done in A’bad in Dec-2017. Youth festival is organized annually by Nehru Yuva Kendra Sangathan (NYKS)-original plan was to do it in Jaipur but then shifted to Noida.

Whereas India has dowries, China has bride prices. The groom’s parents, not the bride’s, are expected to pay for the wedding and give money and property to the couple. In Shandong province, the bride prices have shot up by 100 times in last decade. Driven partly by China’s now-abandoned one-child policy and ultrasound scans, there were 119 boys under five years old for every 100 girls in 2007. Although, boys and men are slightly more likely to die, so by the time they reach reproductive age the number of men and women should be roughly equal, but that has not happened.

Moreover, not all Shandong girls hang around awaiting marriage proposals from local boys- many of them leave for the great metropolises in search of work and boyfriends. Besides, as China becomes more mobile, patrilocal customs are breaking down- Married couples often live far from their aged parents. Still, China has a sky-high household saving rate: 38% of disposable income. Parents add another storey to their houses, not because they need the space to impress the bride. They start saving early, and still go into debt before marriage to their sons to buy gold jewellery and pay for extravagant wedding photo shoots. (~200 words)

Q. According to the passage, the imbalance in the sex ratio of adults in the Shandong province is a result of:

HINT: Abortion is happening yes, but it is NOT due to bride price, because unlike Indian dowry- this is paid by groom’s family- and it has been constantly rising, so infact a poor family should have more motivation to produce girls! Eliminate accordingly.

Q.According to the passage, the relationship between rising bride price and rising household savings rate is:

Q. From the passage, it can be inferred that:

HINT: While 1 and 2 sound logically valid from the news stories of certain Indian states, but we’ve to infer from the content given the passage itself, but passage gives no indication of crime rate or immigration. Read the statement” “…begin saving early, and still go into debt before marriage.” Combine this with last line ‘married couples live far from aged parents’. So, it shows that sons are proving to be economic burden.