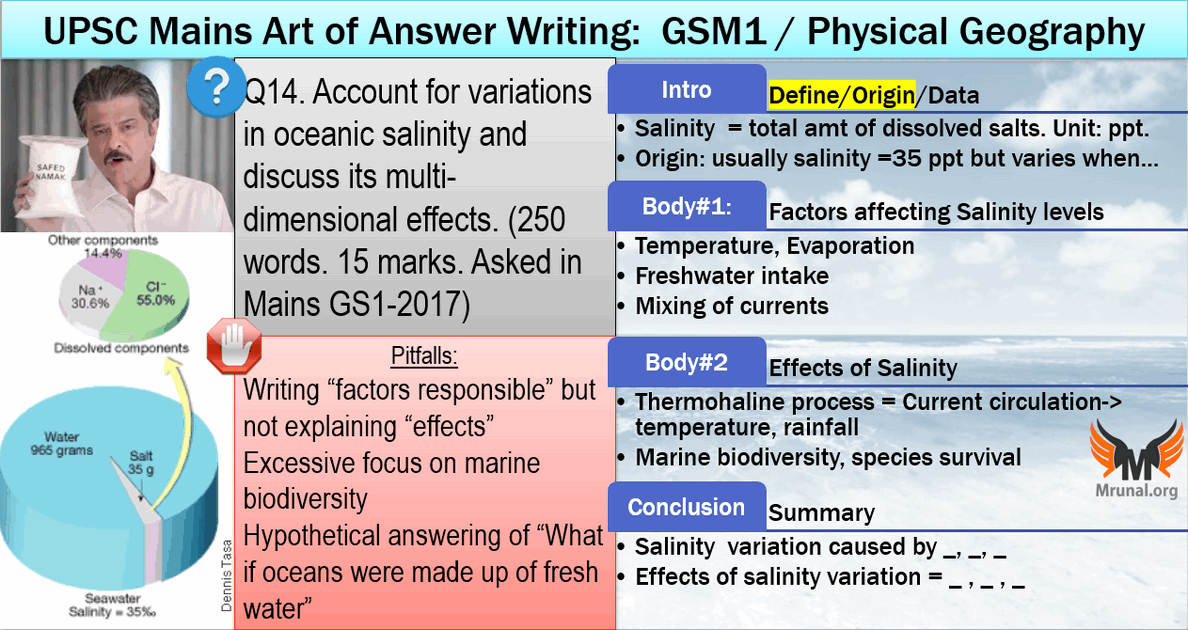 Marine Biodiversity, survival of the species

Avoid SWIMMING towards environment angles like coral bleaching, mangroves destruction etc. Salinity-changes could have indirect impacts on them but writing too much about the side-issues will degrade the quality of answer.