So far I’ve solved the first 14 questions of the UPSC Mains, now time for 15th:

Q15. Petroleum refineries are not necessarily located nearer to crude oil producing areas, particularly in many of the developing countries. Explain its implications. (15m, 250 words, asked in UPSC Mains-GS1-2017) 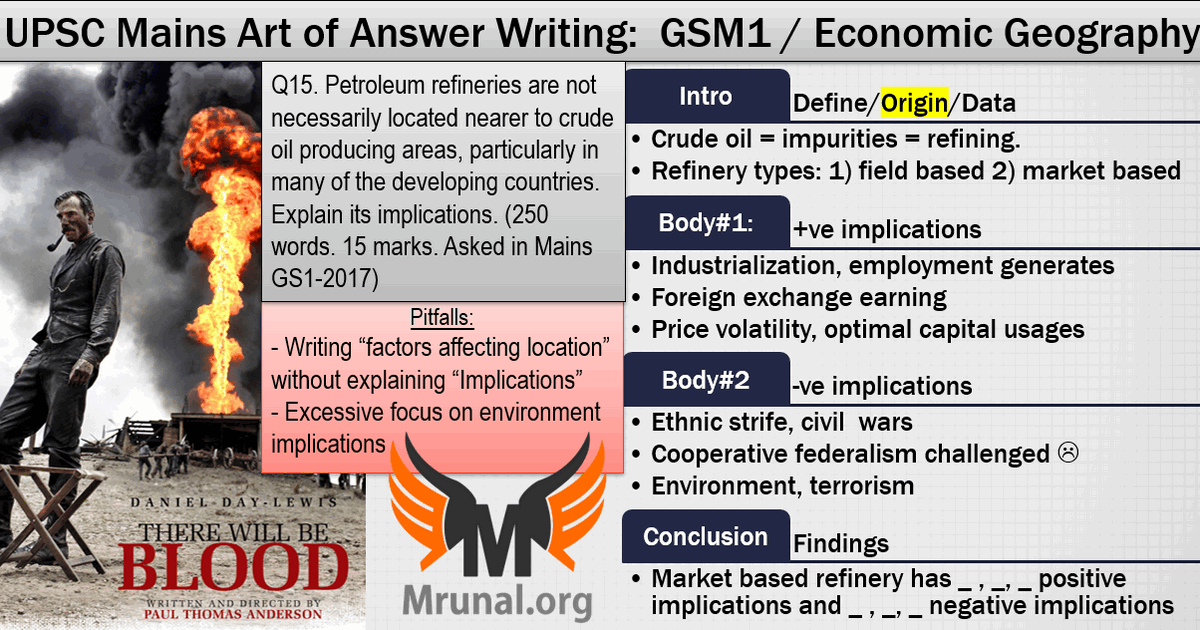 Body#1: Positive Implications of Refineries away from oil-wells 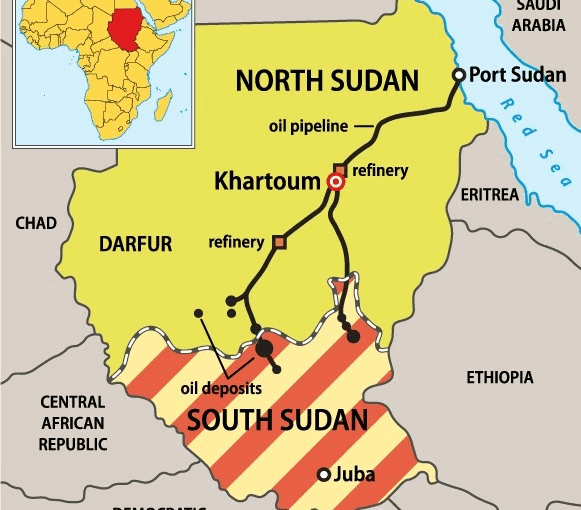 “India-not-involved” type IR affairs are no longer part of Mains-GSM2 syllabus. So, unlikely that many candidates follow such developments.

However, Government of India decided to setup the refinery at Barauni in Bihar because:

But it led to widespread protests and hartals in Assam in the 50s and 60s. Ultimately, PM Nehru was forced to setup two refineries, one at Noonmati near Guwahati in Assam and the other at Barauni in Bihar under the public sector. However, over the years, both locations have proved to be unsuitable for oil refining because:

For educational purpose, I’ve elaborated. Else you could just give example, and summarize within two lines that …

..When Government decides to setup refinery away from oil-field, especially in a a different state, then it creates challenge to cooperative federalism and provides propaganda point for the secessionists, as seen in Noonmati-Barauni refinery issue during 50s and 60s.

Threat to environment and mankind

Avoid temptation to elaborate excessively on how exactly oil-spills harm environment to pad the answer. Because this question is asked under GSM1-Geography and not for GSM3-Pollution.

For a developing country, a refinery located near market has both positive and negative implications. On one hand it helps in jobs-creation, economic growth and foreign exchange earning whereas on the other hand it can pose challenges to national integrity, environment and safety of the citizens.