Q. “The process of British imperial expansion in India was driven by the consanguinity / interrelatedness among revenue, commerce and military exigencies /factors.” Discuss. (250 words, 15marks) 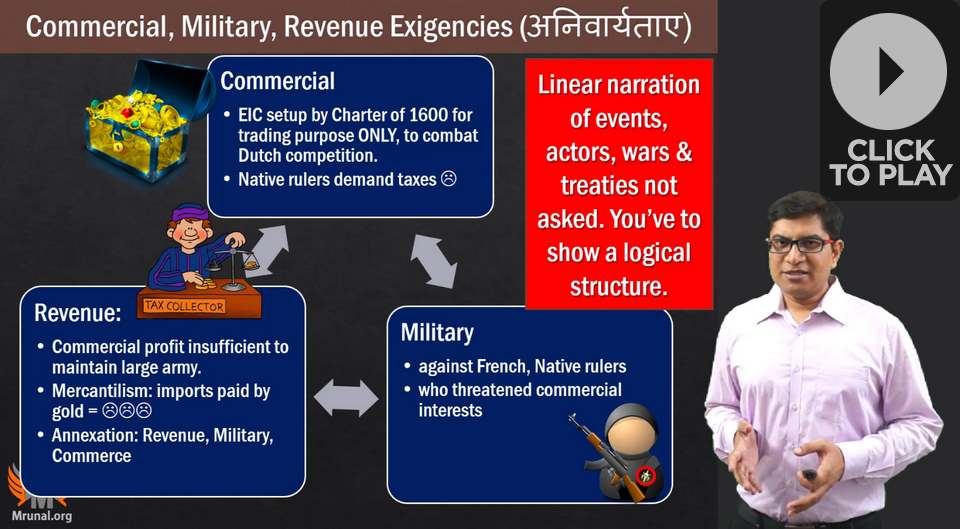 The British believed in ‘Mercantile policy’, i.e. import by paying in gold / silver was seen as a ‘loss’ to Britain. Hence, they wanted to import at throw-away prices, without having to pay taxes to any local Nawab or facing any competition from the French, Dutch or any other European power. As a result: