So far I’ve solved the first 18 questions of the UPSC Mains Paper-1, now time for 19th:

Q19. Distinguish between religiousness/religiosity and communalism giving one example of how the former has got transformed into the latter in independent India. (250 words, 15 marks, Asked in GSM1-2017) 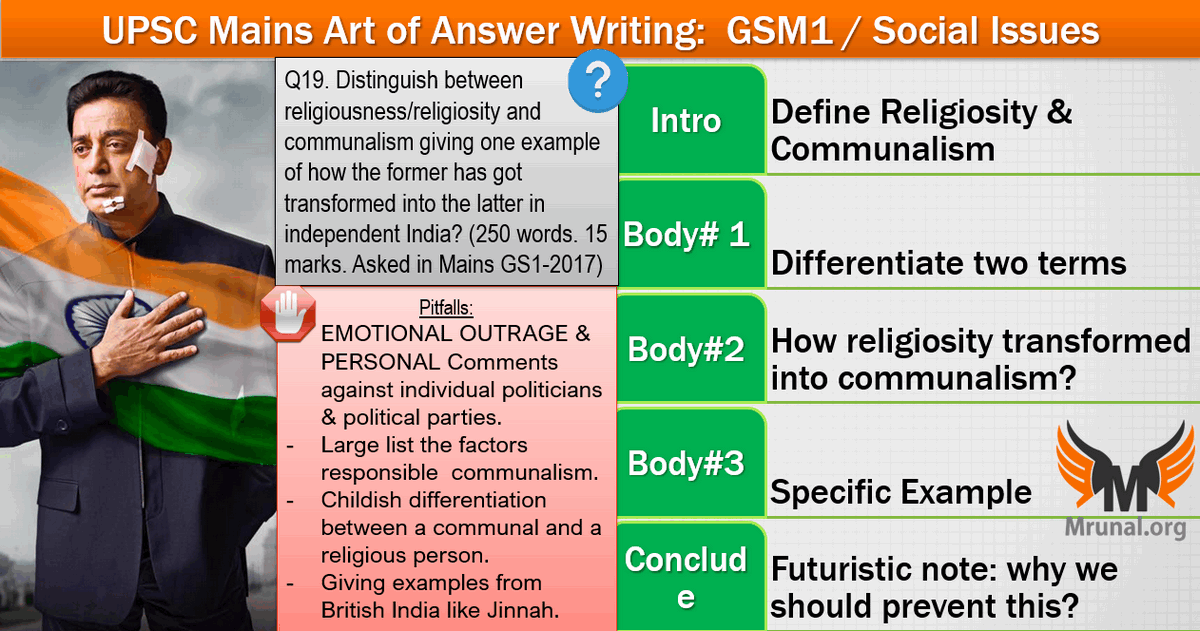 We can begin the introduction by defining both religiosity and communalism. Then in body#1, we can make a table to show their differences. Body#2, we can write about how religiosity transformed into communalism with a specific example.

Body#1: Differences between Religiosity vs. Communalism

Body#2: How religiousness transformed into communalism in Free-India?

Body#3: Example of Bhindaranwale & the communalization of Sikhs

Religiosity keeps a person peaceful and content, whereas communalism makes him agitated and dissatisfied. For human development and spiritual regeneration in the modern India, we should promote the former and discourage the latter.

Transformation of religiosity into communalism creates serious obstacles to good governance, economic development and social harmony of our country. Therefore, both the state and the society must prevent any individual, organization or event that encourages such process.