Q. In 2018-Aug, Government of India tried to pass Triple Talaq bill in the Rajya Sabha With certain amendments. Find correct statement in this regard:

Q. In 2018-Aug, Lok Sabha passed an amendment to the Representation of the People (RPA) Act 1951 to allow non-resident Indians (NRI) to vote in Indian elections. Find correct statements in this regard: 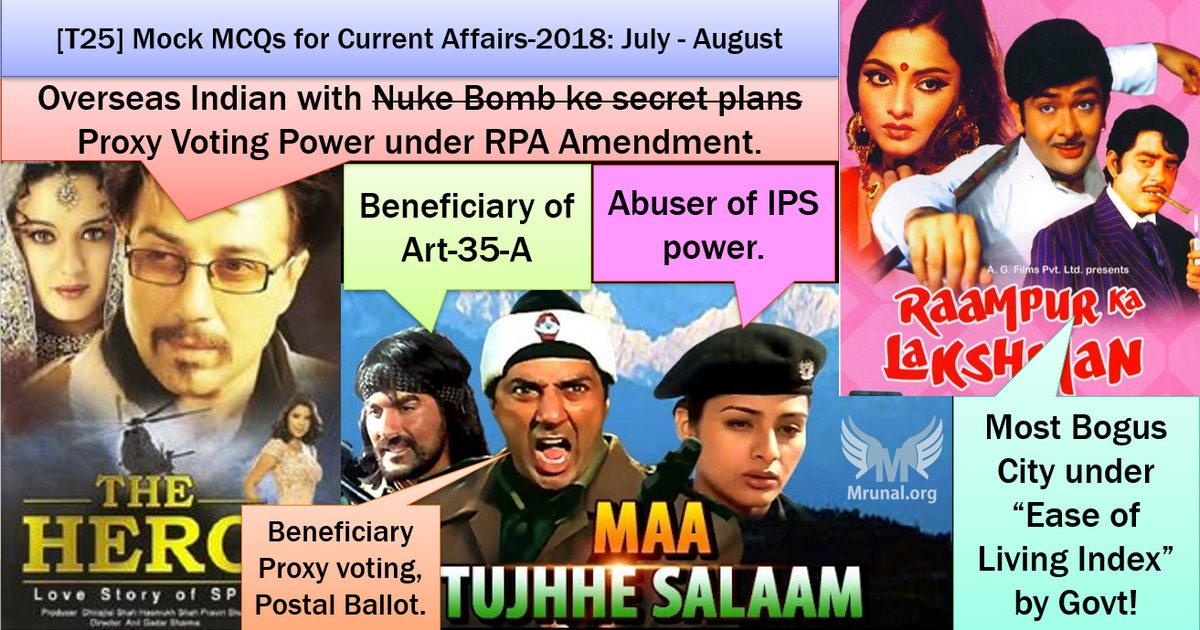 How is Tabbu the abuser of IPS power, whereas Al-Baksh (Arbaaz Khan) the beneficiary of Art.35-A???… SOCHO!!

Q. 123rd amendment bill, 2017 was passed in both the houses of Indian Parliament in 2018-Jul-Aug to grant constitutional status to the National Commission on Backward Classes (NCBC). What are the salient features of this bill?

HINT: Read about the salient features of this bill in PRSIndia’s summary PDF.

Q. In 2018-Aug, the election of Deputy Chairman of Rajya Sabha was held. Find correct statement(s) about this post:

Q. On 10th August 2018, the Monsoon session of the Parliament ended. Find correct statement about the sessions of Parliament:

HINT: all these statements are related to Republic day (26th January), not Independence day (15th August).

Q. In 2018-July, Government decided to grant Special Remission to Prisoners on the upcoming occasion of 150th Birth Anniversary of Mahatma Gandhi. Find correct statements in this regard:

Self-Study: Read about the pardoning powers of the Governor and the President from the Parliament Chapter in M.Laxmikanth’s Indian Polity Book | जो की हिंदी मै भी है उपलब्ध!

Q. In 2018-Aug, RBI transferred Rs.50,000 crores as dividend to the Government of India. Which of the following is the largest source of profit for RBI?

Q. Find the incorrect statements about the ease of living index report, released in 2018-August.

Q. In the Environmental Performance Index (EPI) 2018, India was given 177 out of 180 countries. Find incorrect statement(s) about this index:

HINT: For faster revision, I have kept all statements correct.

Q. Government of India has proposed ban on Oxytocin Production for domestic use by private companies, and its sale by private chemists from September 1, 2018. Because:

HINT: It is unlikely that any competitive exam will have such long and complicated sentences! However, I’ve framed it in this manner to give you more mental exercise:

Q. One of the objectives of NASA’s Parker Probe is to study the origin of Solar Winds. What are the effects of solar winds on our Universe?

Q. Find incorrect statement about the novelist VS Naipaul who died in 2018-Aug.

HINT: In his travelogue, ‘An Area of Darkness’, Vidiadhar Surajprasad Naipaul heavily criticized India, its unhygienic atmosphere and caste system.

HINT: Ramon Magsaysay was the former president of Philippines. Lee Kuan Yew was the famous ex-PM of Singapore. 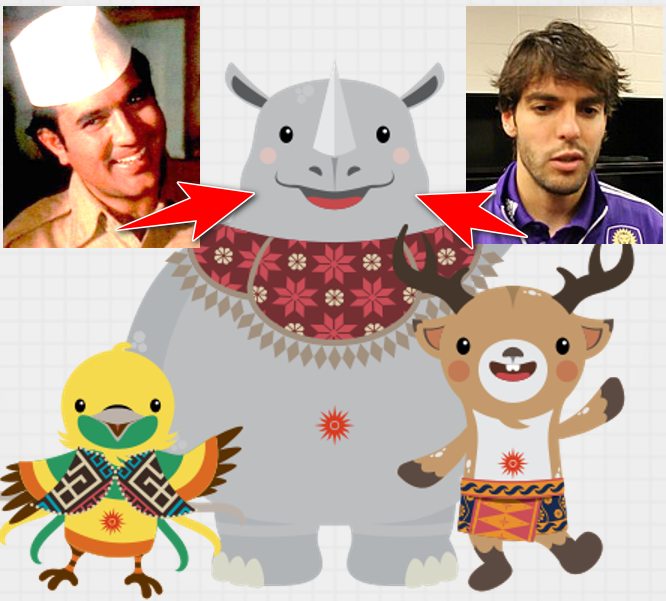 following questions are more relevant to the state service exams rather than all-India level competitive exams:

HINT: It’s organized biannually i.e. every two years. Theme is correct. The Vibrant Gujarat summit is organised by iNDEXTb: Industrial extension bureau of Gujarat Government, and not the Finance Department or Commerce Department or MSME Department.

Apart from this you should also prepare the brief biographies of M.Karunanidhi and Somnath Chatterjee who died in August 2018 for the respective state-PCS exams.