Approach to the Answer

Compared to the first two planned movements of the Congress, QIM was peculiar / different in following manner: <… body>

When mentioning the abbreviations for the first time, give their full forms NCM, CDM, QIM.

Body#1: Features of the planned movements of INC

Body#2: However, QIM was different 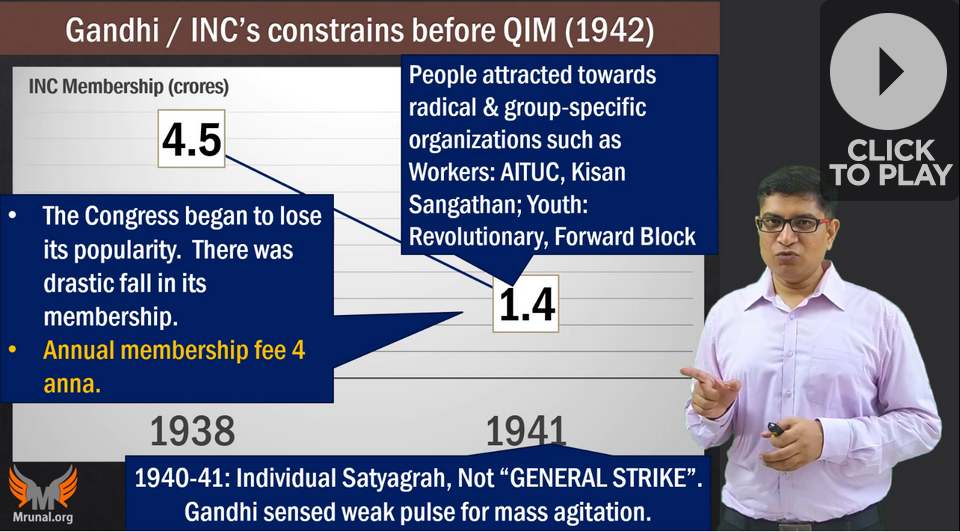 Body#3: Even Non-Congress leaders were not coordinating it after launch 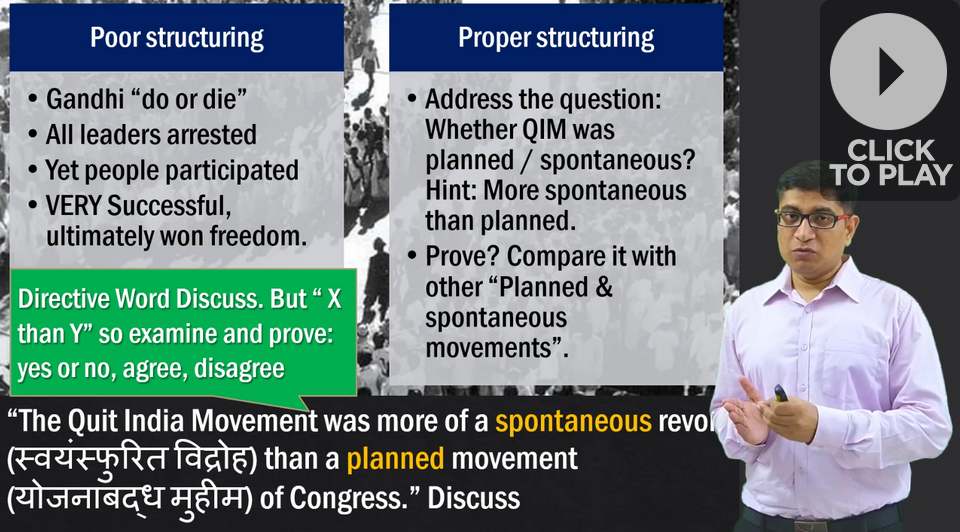 Subscribe to Youtube.com/c/TheMrunalPatel for more videos on UPSC, and Visit Mrunal.org/Mains for more on the Art of Answer-Writing.