Q. Discuss the work of ‘Bose-Einstein Statistics’ done by Prof. Satyendra Nath Bose and show how it revolutionized the field of Physics. (150 words, 10 marks)

Relevance to Syllabus of UPSC GSM3: Achievements of Indians in science & technology.

I’ve lifted origin from NCERT Physics Textbook. To fill the word limit observe how I’ve narrated the “story” that he sent paper, Einstein got it translated and then published so on… Because in real exam, difficult to recall any concrete points of the B.E.statistics itself. 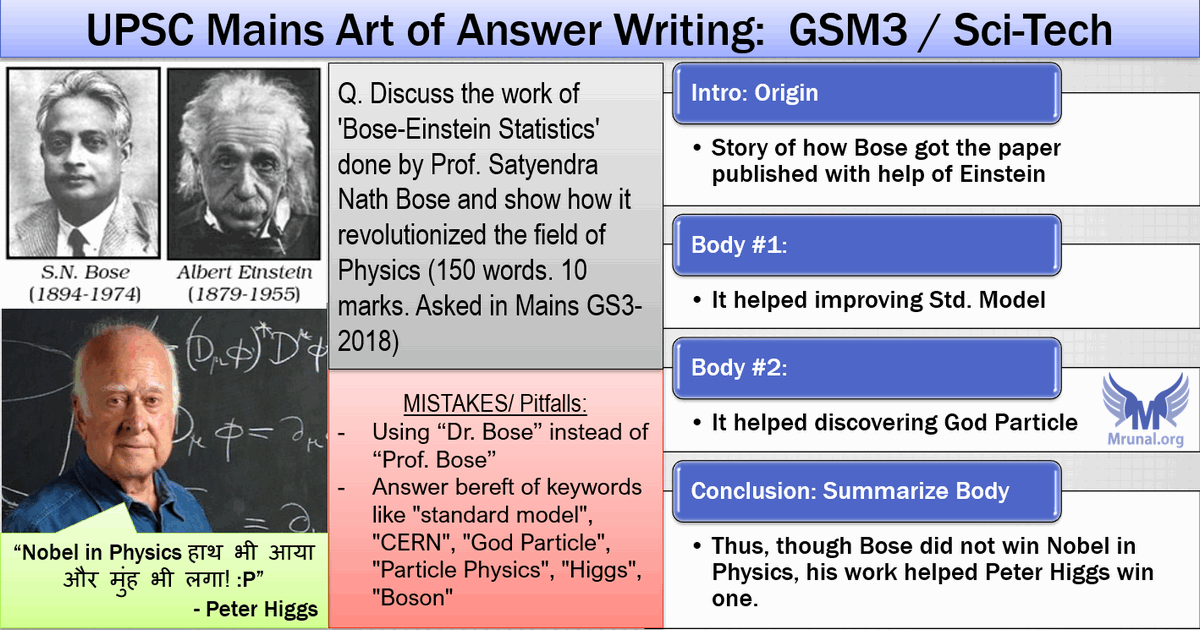 To fill the word limit, observe how I elaborated the “story” that B.E. statistics couldn’t be tested in real life because they did not have low temperature lab.

To fill the word limit, observe how I elaborated the “story” of discovering God particle. B.E. statistics MAY OR MAY NOT be a very significant tool for CERN, we are only doing “GUESSMASTERGIRI TM” only to embellish the story.

Conclusion [Summery of the Body]