Before we solve the Geography MCQs, let’s look at the overall picture of Prelims-2019 Paper1.

However, UPSC examiner has remained consistent / predictable in two areas:

2018 is indisputably the toughest paper in recent history, both in terms of number of questions and corresponding cutoffs.

Solve old question papers in topicwise manner, because questions / topics are sometimes recycled. This is true both for prelims as well as Mains. Observe:

Due to paucity of time and space I am not giving all examples, but suffice to say it helps at least in 50:50 elimination in Prelims and assembling a rag-tag answer in Mains.

So, those were the observations about overall GS paper. As such, I’m done publishing Answerkey for all subjects except one, Geography- that i’ll finish here now:

Geography in Prelims-19: Observation / Analysis about 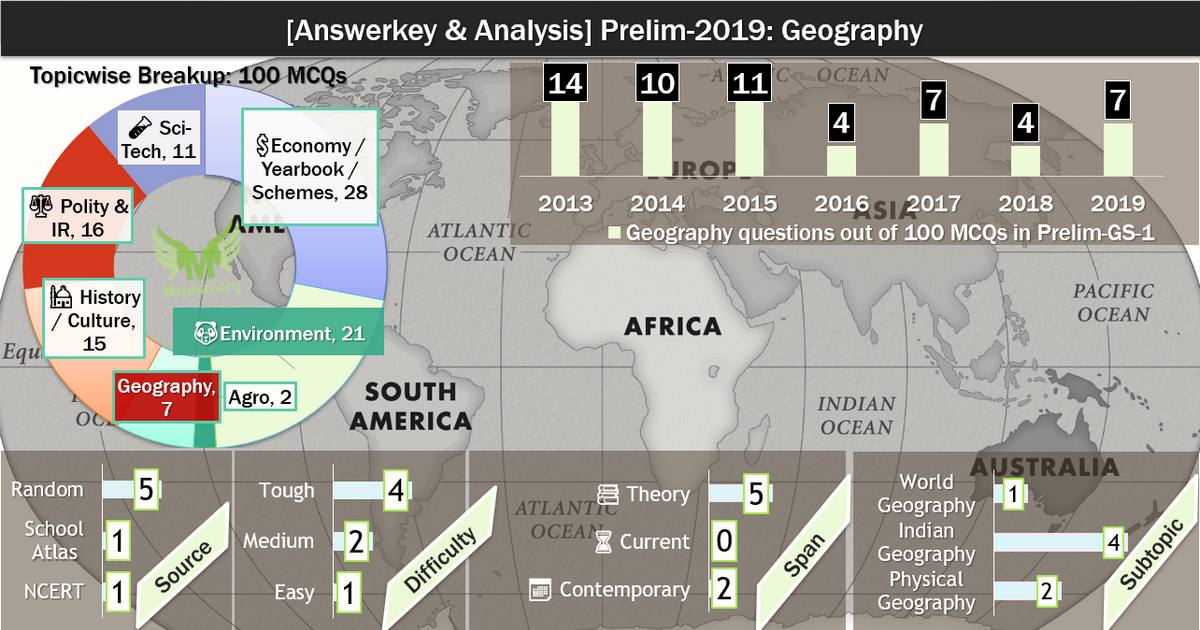 Anyways, when barely 4-7 questions are asked, there is not much space left to compare and contrast with past year.

(Pre19-SetA) Q44. Why are dewdrops not formed on a cloudy night?
(a) Clouds absorb the radiation released from the Earth’s surface.
(b) Clouds reflect back the Earth’s radiation.
(c) The Earth’s surface would have low temperature on cloudy nights.
(d) Clouds deflect the blowing wind to ground level.
Difficulty: Medium to Tough. While NCERT mentions that clear sky is necessary for dew formation but it doesn’t help why / how clouds will not let dew form. So, you’ve to interpret & apply the theory.
ANS:

(Pre19-SetA) Q42. Which is common to the places known as Aliyar, Isapur and Kangsabati?
(a) Recently discovered uranium deposits
(b) Tropical rain forests
(c) Underground cave systems
(d) Water reservoirs
Difficulty: Tough. These places not available in NCERT or Majid or IYB.
ANS: Aliyar (Tamilnadu), Isapur (Maharashtra) and Kangsabati (W.Bengal) are water Reservoirs as per this Government PDF.
GuessmastergiriTM: Not Applicable.

!gm Because gm-rule#2 all dates, numbers and figures are wrong but here statement#1 and #3 contain numbers but even if you believe them to be wrong, there is no option without either statement#1 or #3. 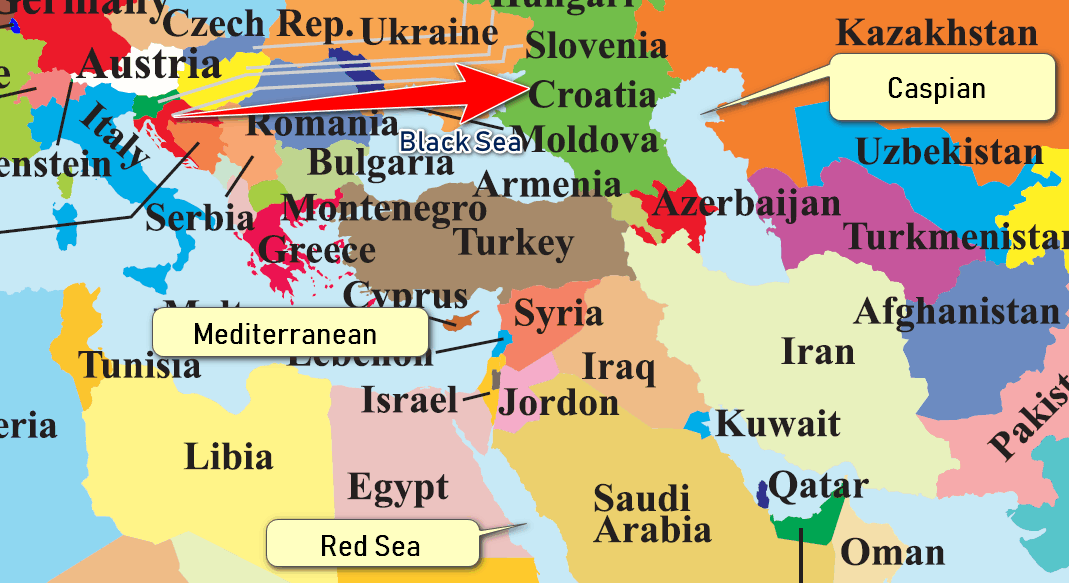 GuessmastergiriTM: Not Applicable.
This concludes the article series on the answer key for prelim 2019. you can access all the articles at: http://Mrunal.org/Prelims