Q. How are the principles followed by the NITI Aayog different from those followed by the erstwhile Planning Commission in India? (Asked in 250 words, 15 marks, GSM3-2018) 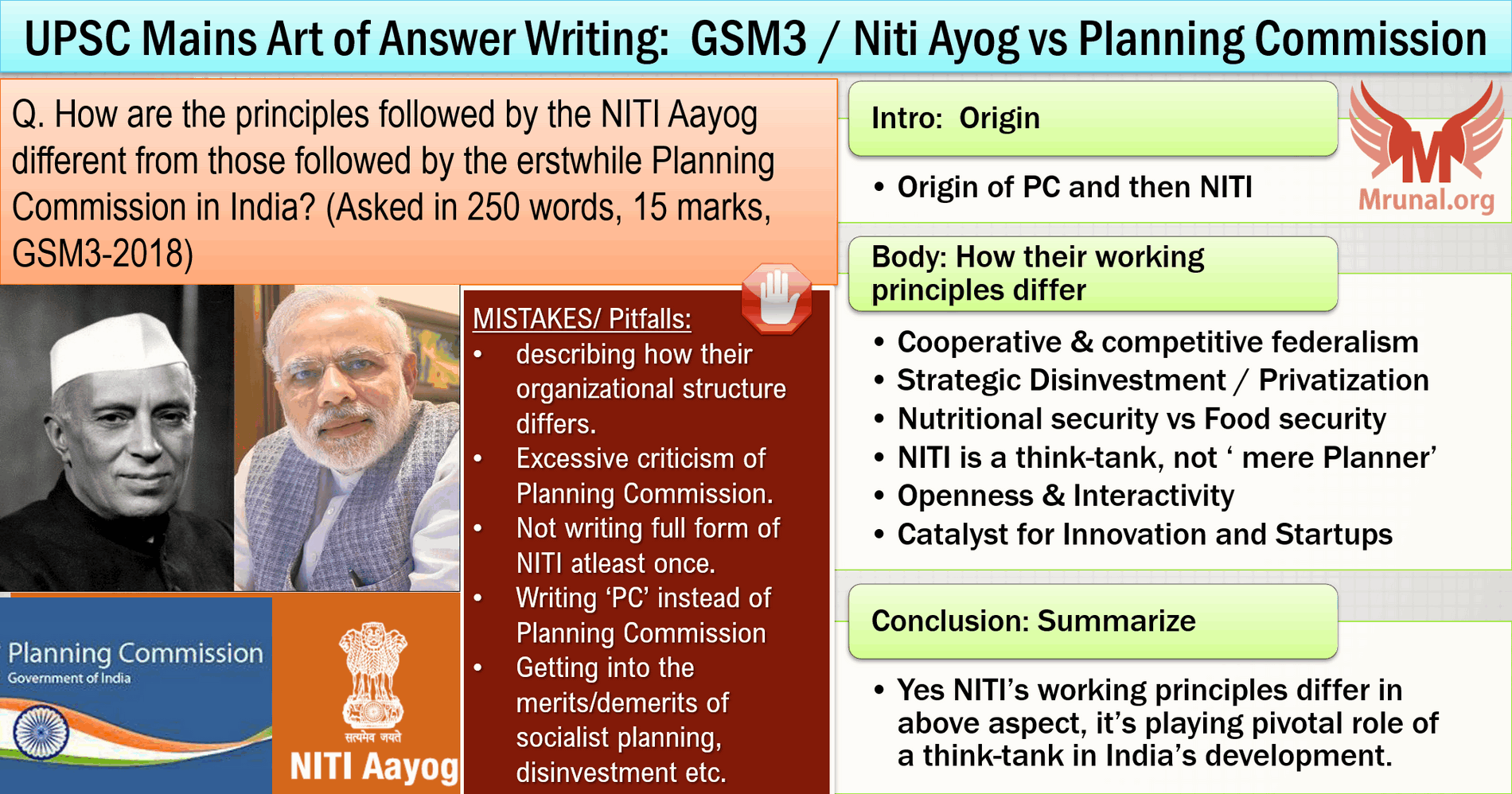 Mrunal Comments:  It is desirable that you give the full form of Niti Aayog when you mention it for the first time. You should also remember foundation years of both organizations. If you want to pad up the answer you can further use adjectives like neither of them is Constitutional or statutory. But care should be taken this question is not about describing their organizational structure, but about their working principles. Don’t use ‘PC’ as an abbreviation for Planning Commission, because that’s not the officially recognized abbreviation.

NITI Aayog has regularly constituted committee of State Chief Minister(s) to examine important issues such as:

The involvement of chief ministers in the planning process of India improves the spirit of cooperative federalism and participatory planning. Whereas committees of the Planning Commission were usually headed by union ministers or technocrates.

While planning commission also released the state-wise data related to number of people below the poverty line (BPL), infant mortality rate (IMR), maternal mortality ratio (MMR) etc. But the nature of ranking, performance measurement and simplified presentation for the ordinary people was missing.

Observe the moderate phrase ‘focus had largely been on food security’ instead of saying ‘‘focus had been completely on food security only’ Because even the Congress government had launched SABLA  and other programs for nutritional needs of the adolescent girls and women But in terms of specific targets and deadlines, they were rather vague than POSHAN.

Body: NITI is Think-Tank not a mere Planner

As a ‘think-tank’, Niti Aayog has helped the government

In contrast, Planning Commission confined itself mainly to the formation of Five Year Plans.

Body: Catalyst for Innovation and Startups

From the aforementioned points, it is evident that