During this phase, Land ceiling reform ran on following principles/features:

Sounds good on paper? Yes. But Land Ceiling during this phase=EPICFAIL. Why?

So why did this happen? Why didn’t land ceiling acts achieve desired result? Because of following reasons: 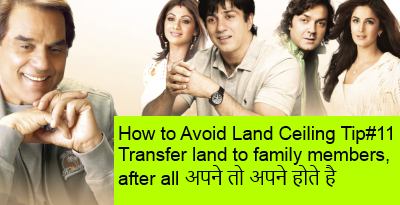 During this era, more than 70% of the landholdings were below 5 acres. Yet the ceilings were fixed too high, example:

But State government implemented this policy in letter and not in spirit. Result?

[Land Reform] is a long topic, I’ve split it into several parts. Therefore, to get comprehensive list of all articles, visit Mrunal.org/Polity.